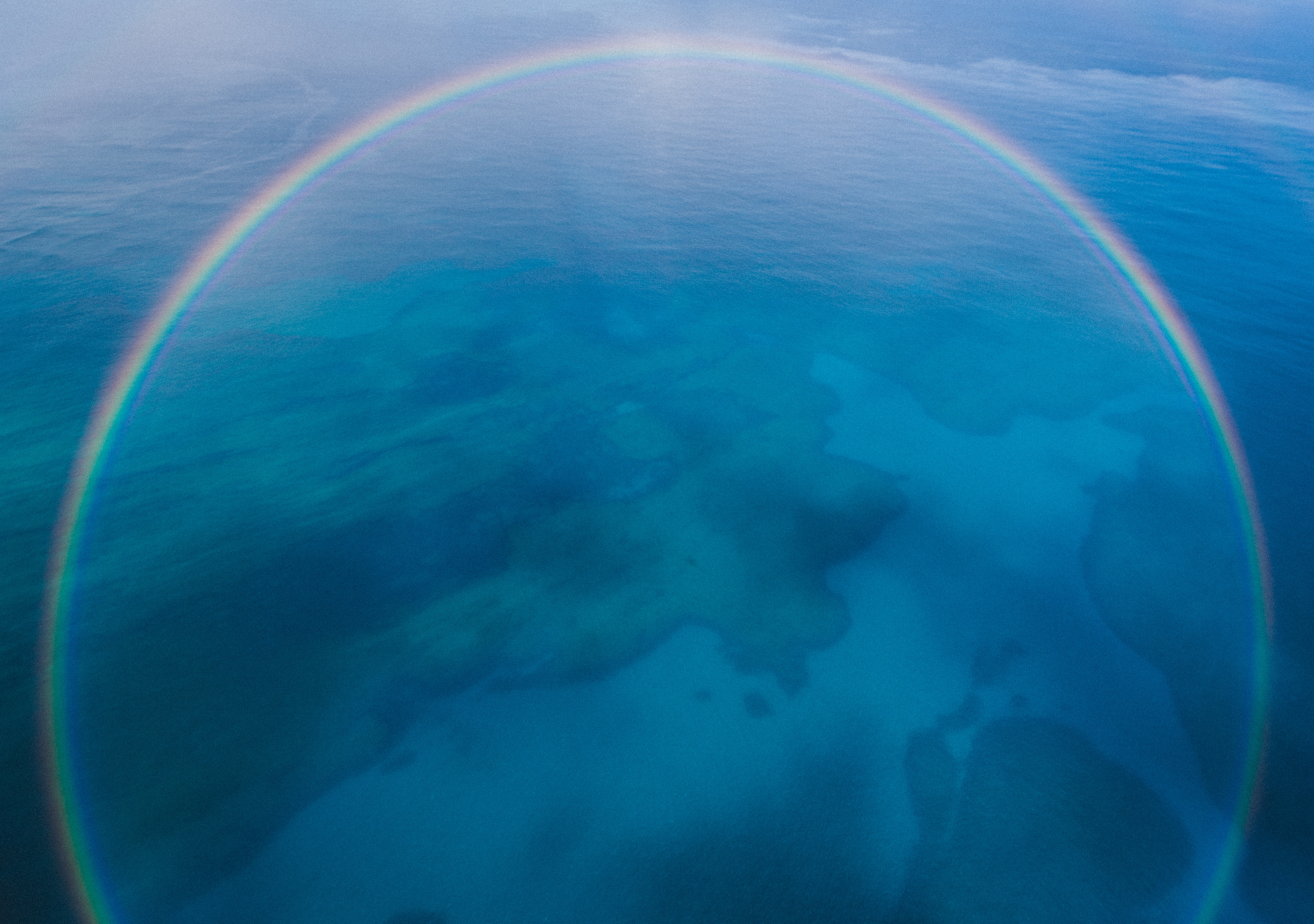 This fall, Dr. Ayana Elizabeth Johnson and Dr. Katharine K. Wilkinson published a book they co-edited called All We Can Save. Pairing climate-inspired stories with science and poetry, this beautiful anthology features the work of more than 40 women climate leaders.

Both of these powerhouse women are working hard every single day to share their extensive knowledge on climate solutions and to support other women climate leaders. As Johnson told us, “I will never give up on this magnificent planet.”

This fall, Dr. Ayana Elizabeth Johnson and Dr. Katharine K. Wilkinson published a book they co-edited called All We Can Save. Pairing climate-inspired stories with science and poetry, this beautiful anthology features the work of more than 40 women climate leaders.

Dr. Johnson is a marine biologist, policy expert and writer, who founded Ocean Collectiv and Urban Ocean Lab, and who this year launched a podcast called How to Save a Planet. Dr. Wilkinson, an author, strategist and teacher, was named one of 15 “women who will save the world” by Time magazine and is Editor-in-Chief of The Drawdown Review, part of Project Drawdown.

Both of these powerhouse women are working hard every single day to share their extensive knowledge on climate solutions and to support other women climate leaders. As Johnson told us, “I will never give up on this magnificent planet.”

Co-Editor, All We Can Save 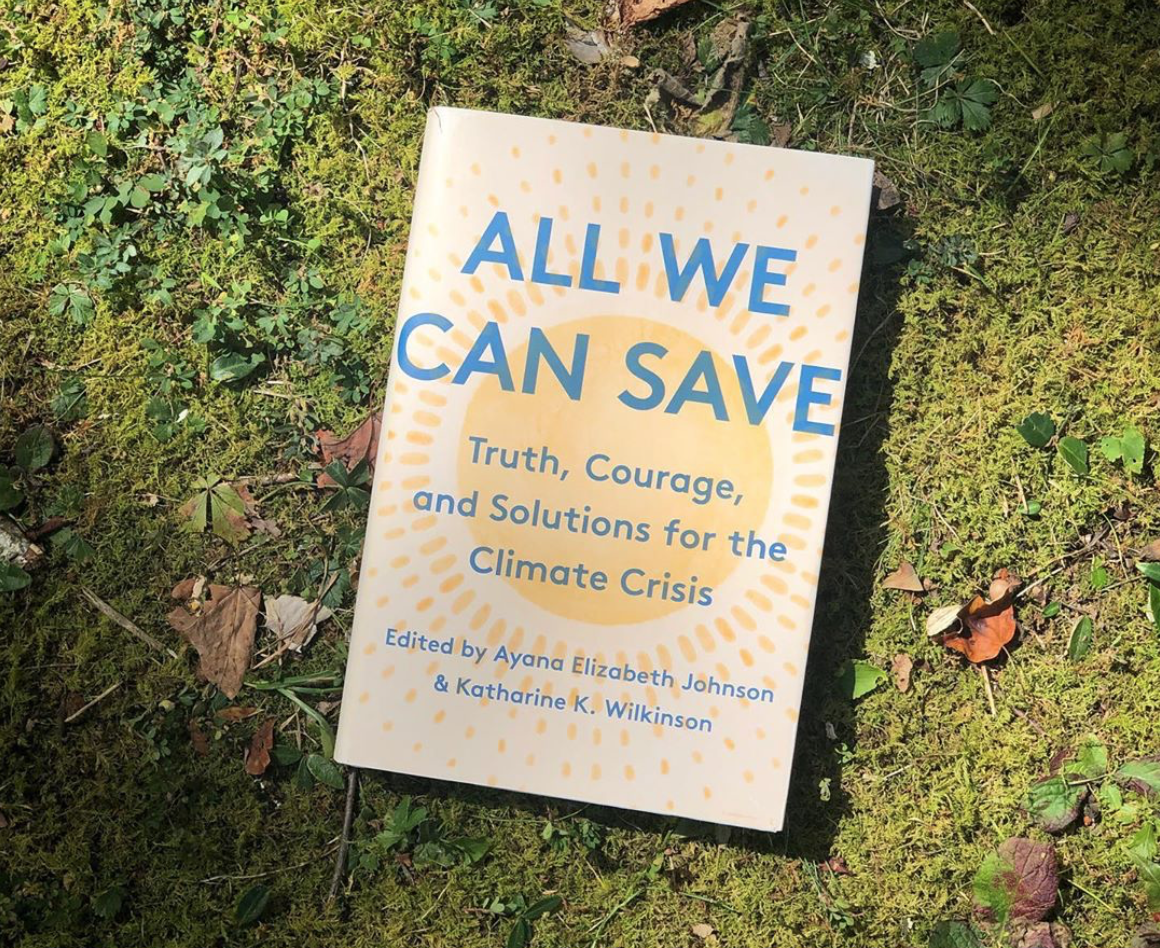 10 million environmentalists, who were registered to vote, did not show up to the polls. But with groups like the Environmental Voter Project rallying hundreds of thousands of never-voted-before climate supporters, this year is shaping up to be much different. Within this interview, Dr. Ayana Elizabeth Johnson has provided many resources for electing leaders (from presidential and congressional to state and local) committed to protecting our planet. This fall, the marine biologist, policy expert and writer published All We Can Save (co-edited with Dr. Katharine K. Wilkinson) and launched a podcast called How to Save a Planet (with Alex Blumberg). I encourage everyone to dive into this inspirational and informative Q+A as we approach these final election days with so much at stake on our ballots. 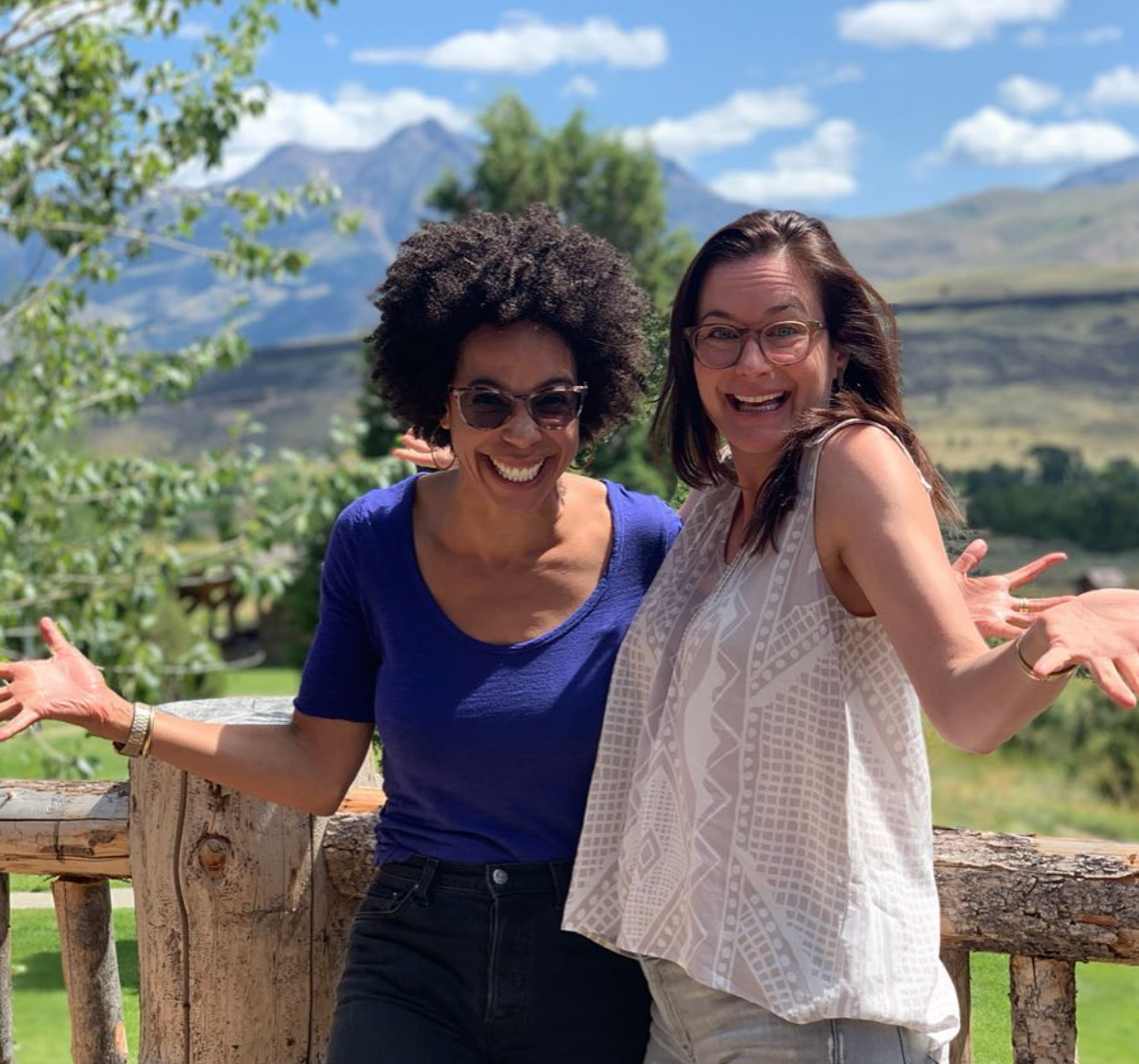 Your introduction [in All We Can Save] states that the current moment needs a “mosaic of voices.” Ideally, who would make up this mosaic?

Yes, we need not just different climate leaders, but more climate leaders. Leaders who represent diversity in the fullest sense of the word—age, race, class, gender, geography, areas of expertise, etc. It is only with the mosaic of voices that we will be able to both come up with and implement the solutions we need across all sectors, from energy to agriculture to transportation to buildings and manufacturing. The book, All We Can Save, is twice as long as it was initially conceived because we wanted to represent as much of this in the book as we could. It includes writing from scientists, journalists, farmers, lawyers, teachers, activists, innovators, wonks and designers.

There is an alarming statistic in Kate Knuth’s essay Becoming a Climate Citizen in which she shares that 10 million environmentalists were registered to vote in the 2016 election, but did not show up to the polls. Are you hopeful for this year’s outcome? 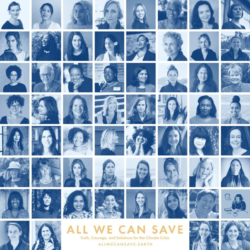 Why is this year’s election so important? What is at stake?

It’s impossible to overstate how much is on the line for the quality of life for humans on this planet. If we don’t race away from fossil fuels and transition rapidly to a regenerative economy, there will be so much needless death and suffering.

If you care about the environment, the choice at the presidential level is clear. Trump has rolled back 100 environmental rules and heavily subsidized/re-entrenched the fossil fuel industry to the tune of tens of billions of dollars. Look no further than this list of “achievements” (including leaving the Paris Agreement, expanding oil and gas drilling, permitting more pipelines, etc.) linked to via his campaign website. His promotion of fossil fuels is incredibly dangerous for all life on Earth.

Meanwhile, Biden’s climate policy the most ambitious climate policy ever from a major U.S. presidential nominee! It includes the commitment to reach 100% clean energy by 2035 and to decarbonize the entire economy by 2050, and that 40% of the funds for the energy transition will go to disadvantaged communities. This is MAJOR. And many environmentalists (myself included) were super surprised by how bold his new plans are. Here are his overarching climate plan, his clean energy plan, and his environmental justice plan.

For those of you having conversations with your friends and family about the presidential election and what is at stake for climate, two episodes of my Spotify/Gimlet podcast, How to Save a Planet, may be useful. “Make Republicans Environmentalists Again” can help reach Republicans who care about the planet on what’s at stake and why they should support climate candidates. While Trump seems committed to accelerating a climate apocalypse, it used to be normal for conservatives to support conservation! Nixon created the EPA for gosh sakes.

And the episode “How 2020 Became a Climate Election” can help reach progressives who may not think Biden’s climate policy is good enough (in fact, it’s the most ambitious climate policy EVER from a US presidential nominee!!) or people just aren’t yet motivated to vote but are concerned about the climate. 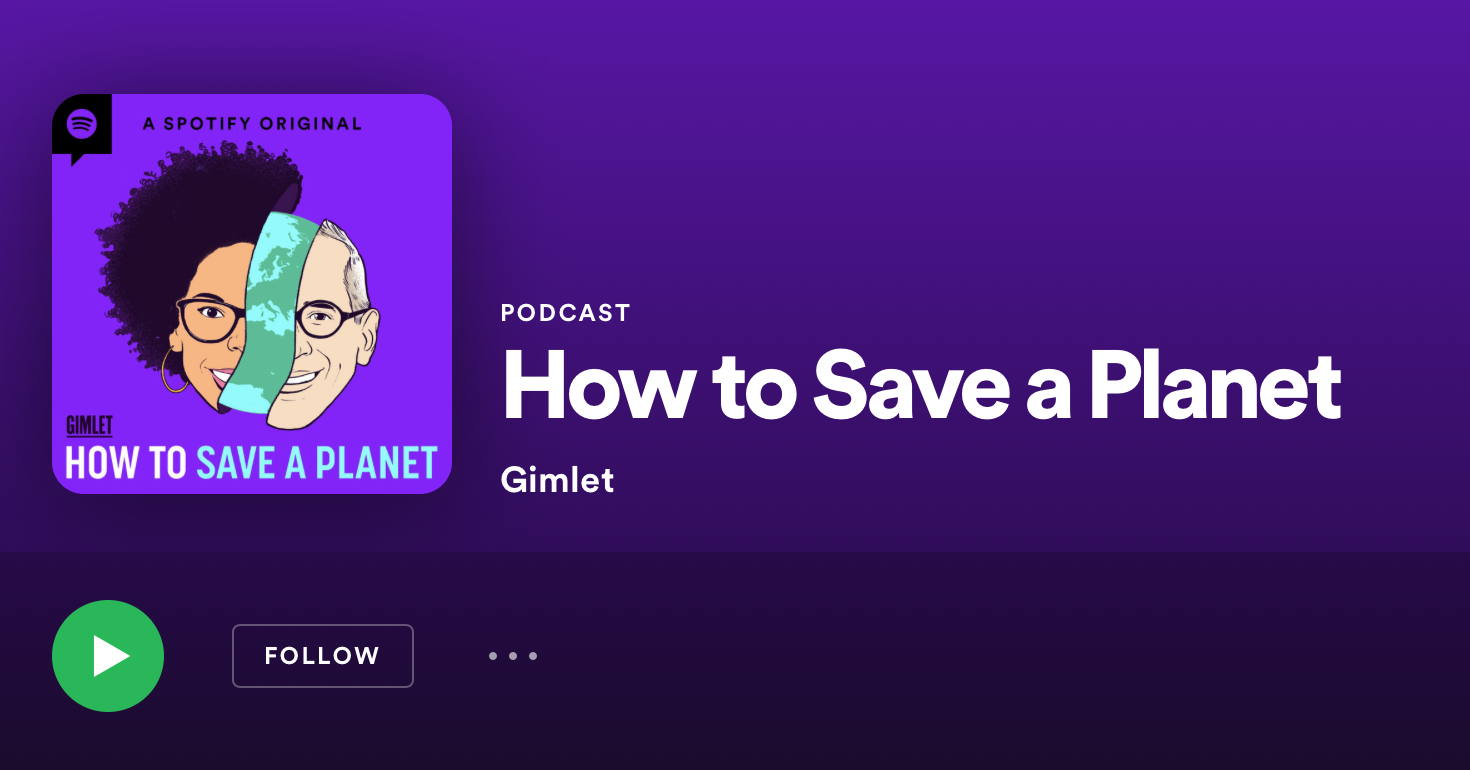 How to Save a Planet

Given his policies, you unfortunately can not be both with Earth and with Trump. But there is so much more to this election than who becomes president. We need to think about the climate platforms and plans of every single politician that we elect.

Congressional, state and local candidates really matter! An organization called Vote Climate PAC ranks the climate positions and voting records of incumbent members of Congress. You can find that at voteclimatepac.org. And the other resource is the Sierra Club’s list of what they are calling “climate champion” endorsements for Congressional seats. And you can find that list at sierraclubindependentaction.org/endorsements. And when it comes to local candidates those really matter too for things like public transit and composting and bike lanes and all of that so please do a little digging of your own and see where your local candidates stand.

There is an organization called Lead Locally whose mission is electing community leaders who are dedicated to stopping big fossil fuel projects and protecting our climate. If you want to get involved, head to their website for info on the slate of candidates they’re supporting this election and you can even sign up to phone or text bank for them. You can find details about all of that at leadlocally.org. 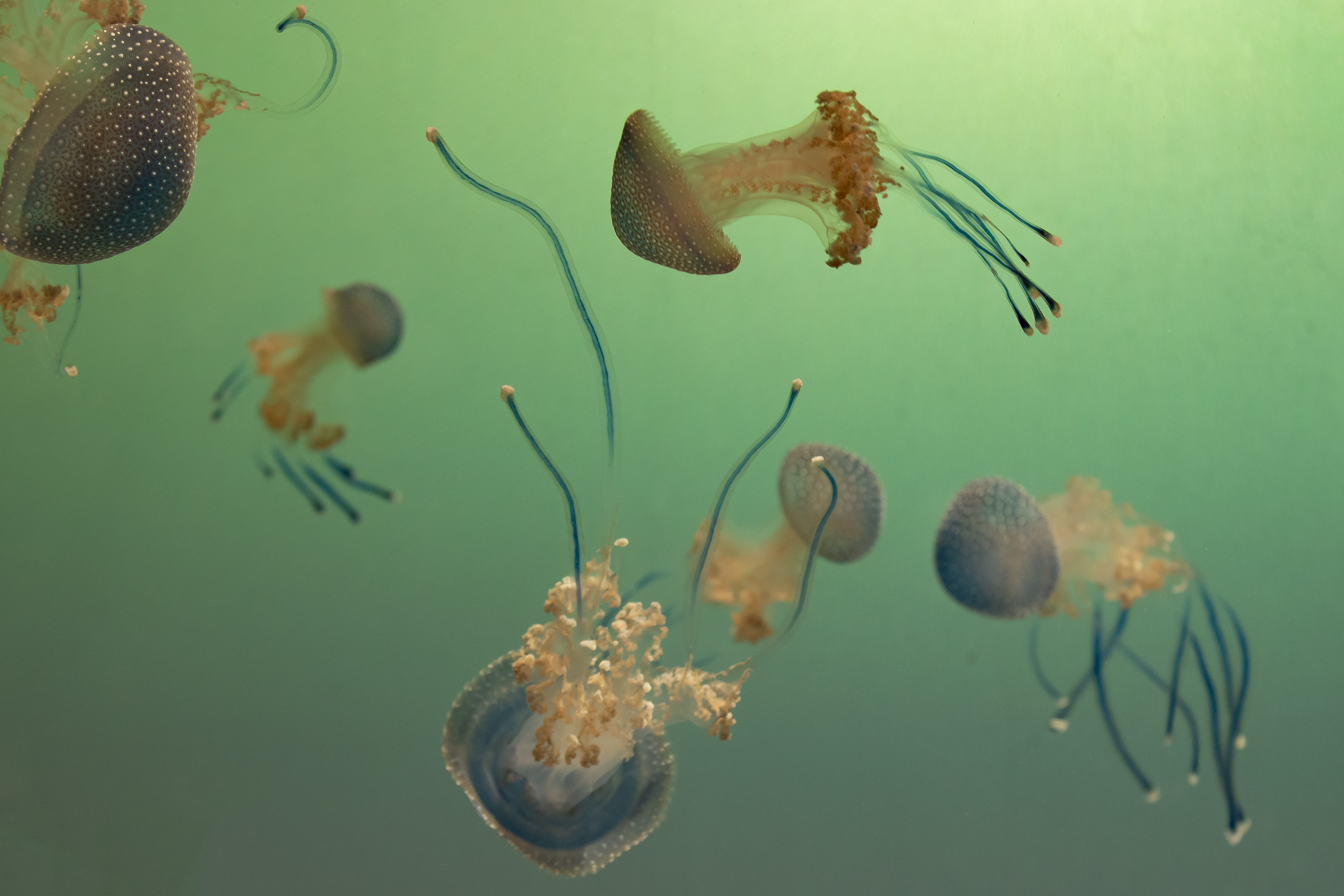 What is the United States risking by pulling out of the Paris Climate Agreement?

Our credibility, our role as a global leader, and our ability to accelerate implementation of climate solutions. Also, our opportunity to make up for the fact that the U.S. has emitted the most greenhouse gasses overall of any country, putting people in developing countries (who have emitted relatively little greenhouse gas) at extreme risk. In sum, by pulling out of the Paris Agreement we sacrifice any semblance of moral high ground.

What keeps you optimistic for the future and away from climate grief?

I’m not optimistic. I don’t assume we, humanity, will collectively get it together to avert climate catastrophe. But we could. I choose to live in that space of possibility. There is still a wide range of possible futures. Every day I wake up excited to contribute to ensuring we have the best possible one. And I will never give up on this magnificent planet. 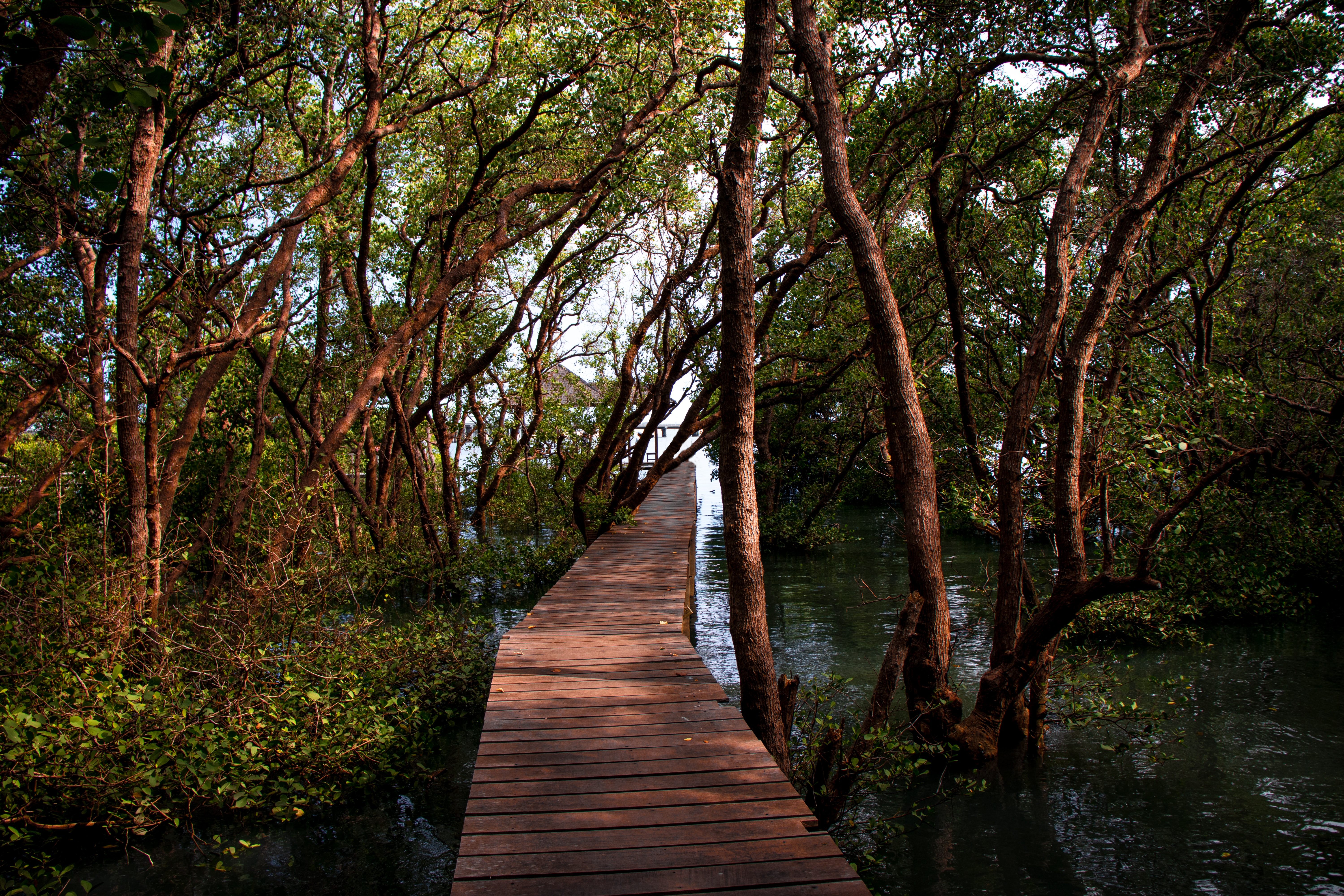 What are you growing/harvesting right now?

Love, creativity and community. Facts alone are not going to get us there. And we have launched a non-profit, The All We Can Save Project, to support women climate leaders, use the book as an educational resource, and to continue to build community around climate solutions.

From Abandoned Apples to Super Cider