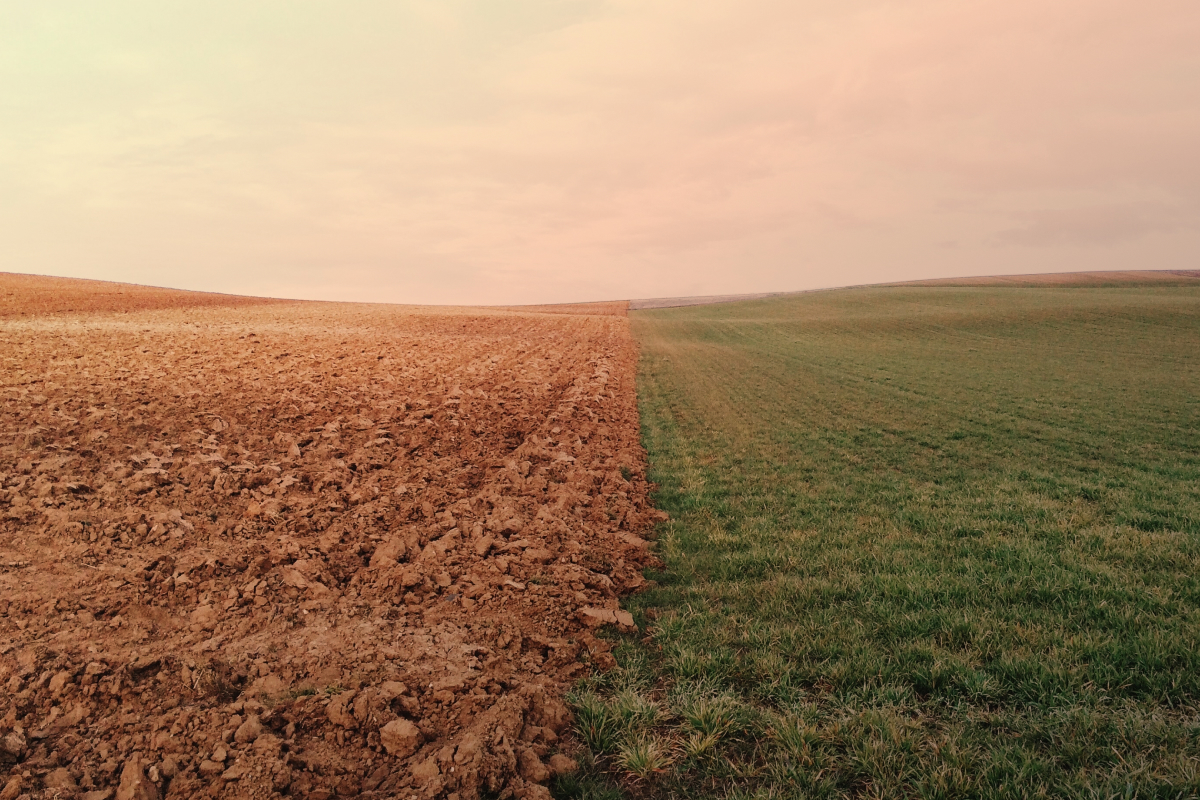 After experiencing a severe drought firsthand in his village, Pakistani teen Hasham Tanveer set out on a mission to end water scarcity and hunger around the globe. With the help of a polymer chemist, he spent two years developing Solvify, a super-absorbent nano-powder that can retain mass quantities of water that gets slowly released to the roots of plants/crops.

Solvify is conducting innovative, groundbreaking work that could help change the agriculture industry as well as the alarming rate of starvation and malnutrition in the world. It has the potential to make land threatened with desertification fertile again.

After experiencing a severe drought firsthand in his village, Pakistani teen Hasham Tanveer set out on a mission to end water scarcity and hunger around the globe. With the help of a polymer chemist, he spent two years developing Solvify, a super-absorbent nano-powder that can retain mass quantities of water that gets slowly released to the roots of plants/crops.

Solvify is made from recycled polymer waste which has the potential to prevent millions of tons of waste from entering our oceans. When applied to soil, it reduces the need for water by 70% and fertilizer by 50%, and increases crop yield by 20%. And as the super-absorbent particle biodegrades, it releases potassium ions that act as fertilizing agents for the plants.

Solvify is conducting innovative, groundbreaking work that could help change the agriculture industry as well as the alarming rate of starvation and malnutrition in the world. It has the potential to make land threatened with desertification fertile again. 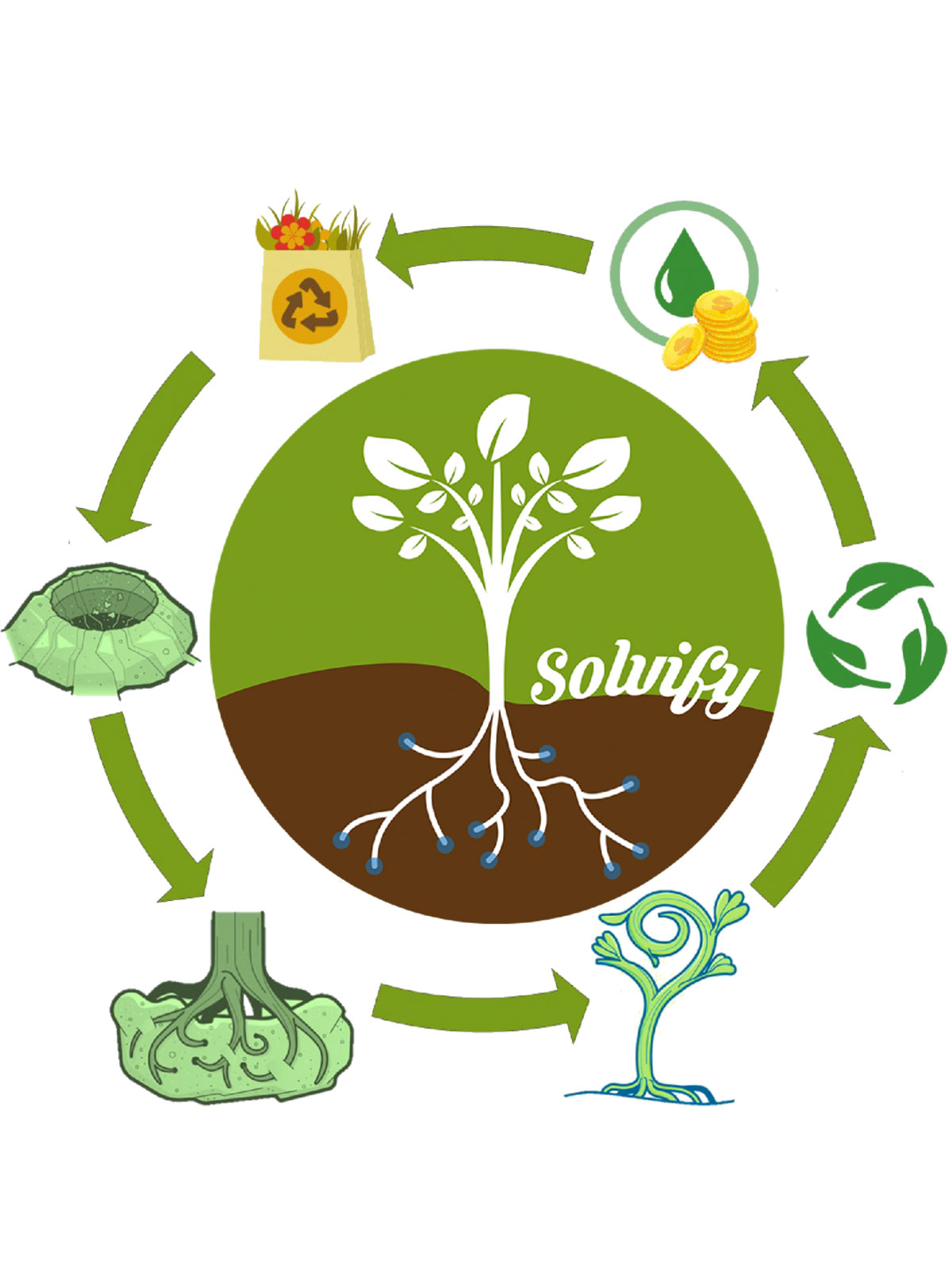 experienced severe water shortage in 2015, he began to consider the challenges 2.2 billion people with chronic water shortages face every day. That same year, other regions of the country experienced famine leading to the loss of thousands of lives. Tanveer wanted to help and being a teenager in high school did not deter him. He teamed up with a polymer chemist and together they spent the next two years developing Solvify—a super-absorbent particle that can retain water up to 1,000 times its own weight. Made from non-hazardous and biodegradable waste material, Solvify can be applied to soil, reducing the need for water by seventy percent and the need for often-toxic fertilizer by fifty percent. Plus, it increases crop yield by twenty percent. His work won the prestigious Diamond Challenge sponsored by the University of Delaware and he used his winnings to bring Solvify to 200 farmers and their families. Tanveer is also one of We Are Family Foundation’s 2019 Three Dot Dash Global Teen Leaders.

What was the process like when developing Solvify? Did you face many obstacles?

The process itself was very iterative. We barely had any idea of the scope of improvements we would need to make to our initial prototypes to get it to work. Initially, we were pushing only certain qualities of the polymer, and it was not until we first field tested it that we realized the prototype we had made was not suitable for farming at all. It took a long time after that to get to where we are right now, especially because of the wait we had to go through for testing each prototype on the field and gathering data. I believe we have been through the trouble that is expected from undertaking such a project, if not more, and while our current prototype is quite well suited for farming, we are still trying to improve our product before we file for a full patent. There are more hardships waiting for us on the R&D road for this project. 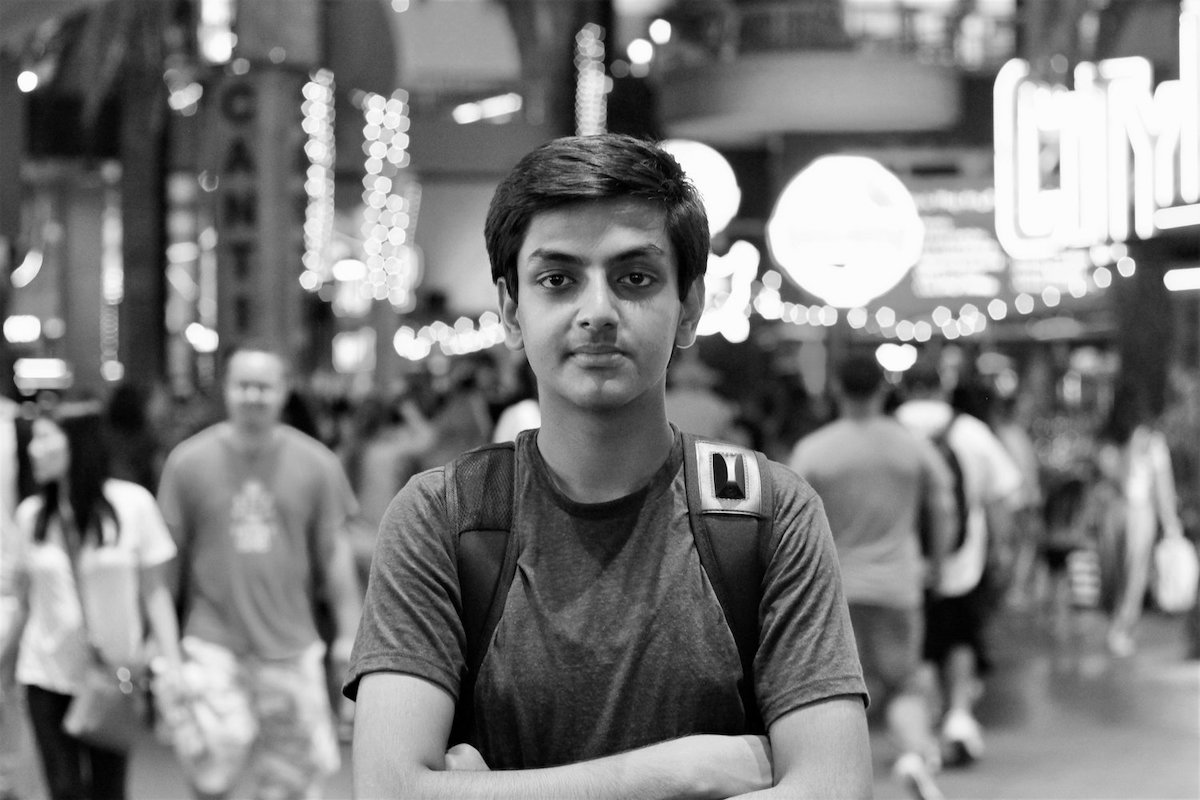 Were you clear from the get-go on what you hoped to accomplish or was it more of an organic unfolding?

We were pretty clear that we would be working with hydrogels from the get-go, however, a lot of what we had to integrate into our product was after the testing and data collection. We were not experts on agriculture and to develop this for Pakistani agriculture, we had to go back and change a lot, scrap many ideas we initially had, and brainstorm more to tackle the newer problems that arose. So it was, in a way, a set goal, but reaching it was a very organically unfolding process. 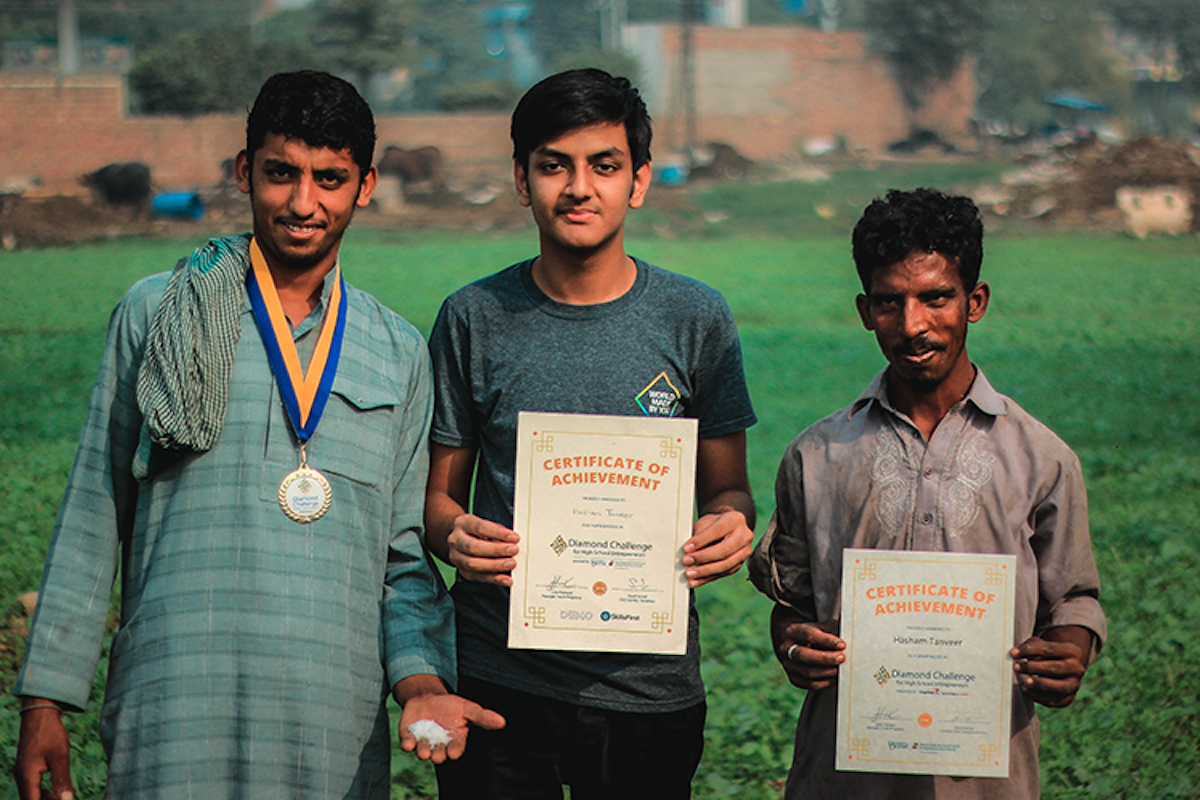 Did you (or others) ever think you were too young to take on such a crucial project?

Back when I first decided to work on this project, I was in high school and to be honest, I was very intimidated. There was a feeling of anxiousness in finally taking the steps to start doing something that mattered to me; that I’d been thinking of doing for quite some time. The people who wound up being part of the team were really supportive and it gave me the courage to start doing the work that was needed. After we had done initial prototyping and people got to know about what we were doing, we realized some people were skeptical of high school students working to tackle such a major issue. But it all disappeared as soon as we had our working prototypes—the proof behind our hard work. 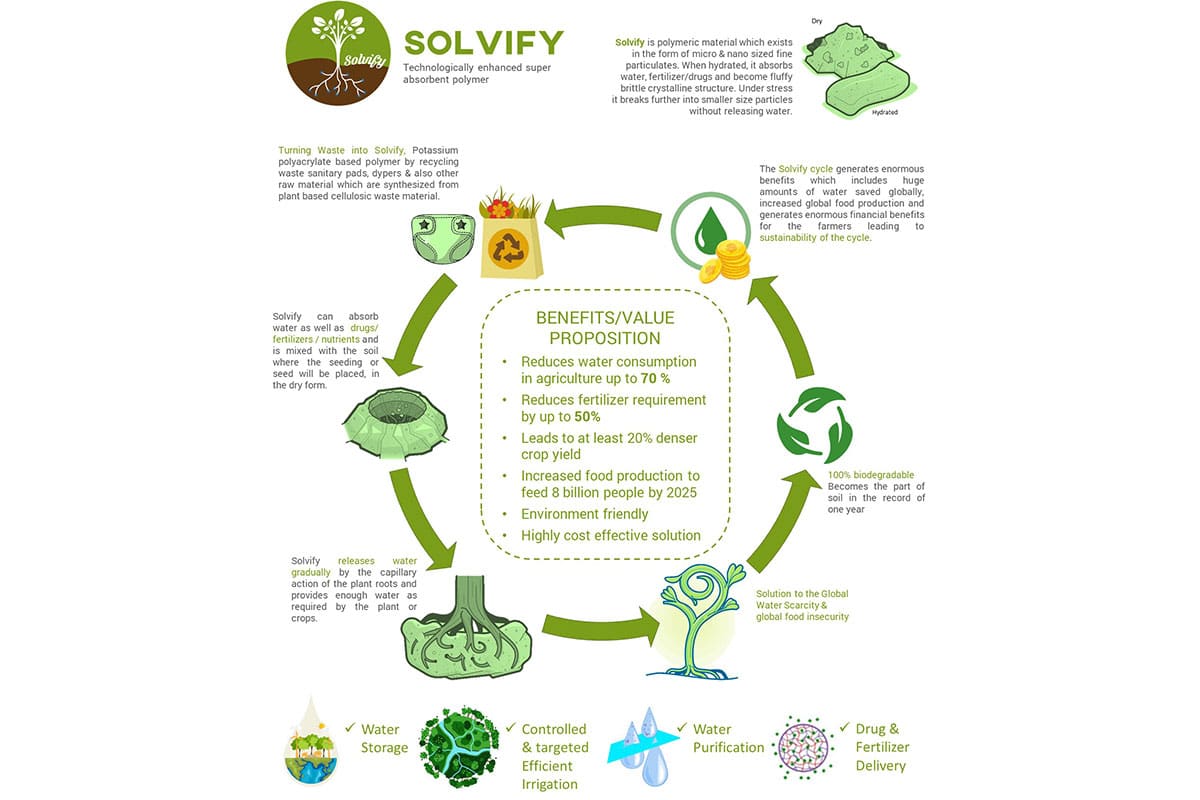 How does Solvify actually work? How long does it keep the soil watered before a new application is needed?

The polymer is loaded with water beforehand. It is a very light-weight polymer and we plan on selling it in bags just like fertilizer. For application on soil, the dried polymer is spread and mixed with the soil. When that field is then watered, the polymers inside the soil soak up the water and that is how the polymer is loaded. The source of this water can be anything from rain to an irrigation system. We have brought down the life of the polymer to around 6 months, which is roughly one cultivation cycle for a crop. The polymer is almost completely biodegraded by the time of harvesting, so its presence in the soil does not interfere with the machinery used during the harvest. New application is required at the start of the cultivation cycle of a crop. 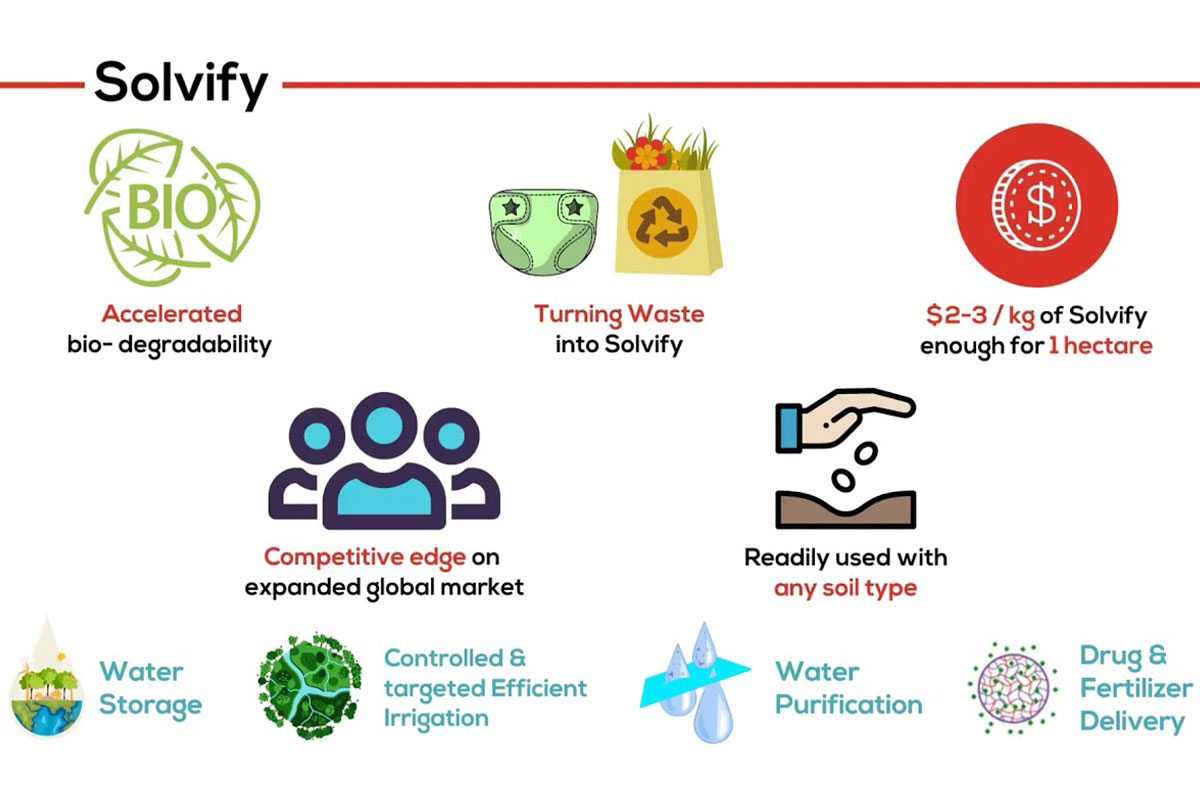 Why does Solvify lessen the need for fertilizer?

A major reason a lot of fertilizer is wasted is because when it dissolves in water, ammonia escapes as the solution stands on the field idle under the environment and that solution leaches down into the ground as well. Solvify locks the water-fertilizer solution into the polymer, stopping the evaporation of ammonia and leaching of the water into the ground. Furthermore, as Solvify biodegrades, it releases potassium ions into the soil which act as fertilizing agents for the plants. 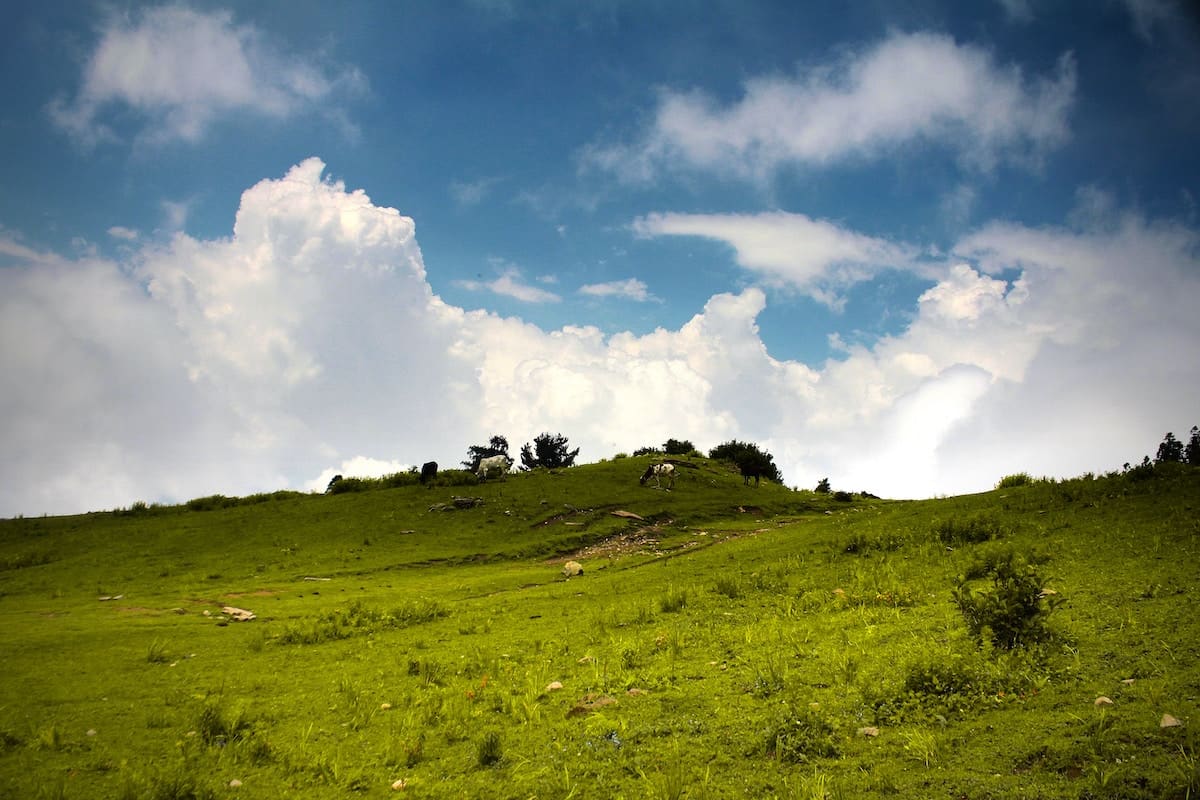 How many farmers now have access to this product? And what sort of results are they experiencing?

Almost 200 farmer families have access to Solvify and they are helping us get the pilot project done. So far, the results have been great yet there is a slight deviation from our expectations which is helping us to optimize the product. 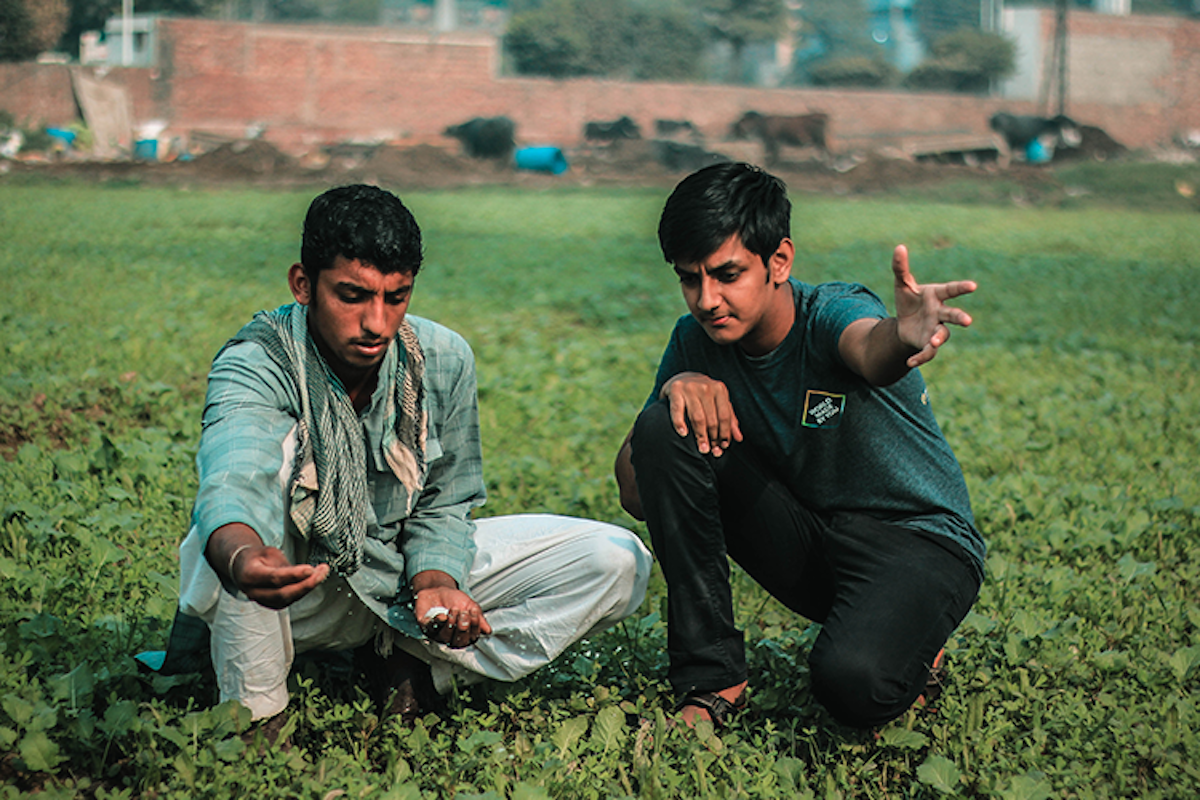 How did you pick your team? At the moment, it’s all men. Do you plan to include women in the future?

It was not a deliberate choice to have only men on the team. It was just how things unfolded. And of course, picking people for our team is a purely meritocratic process and as we plan to expand the startup, we will surely expand our team and hopefully you will see more diversity down the road. 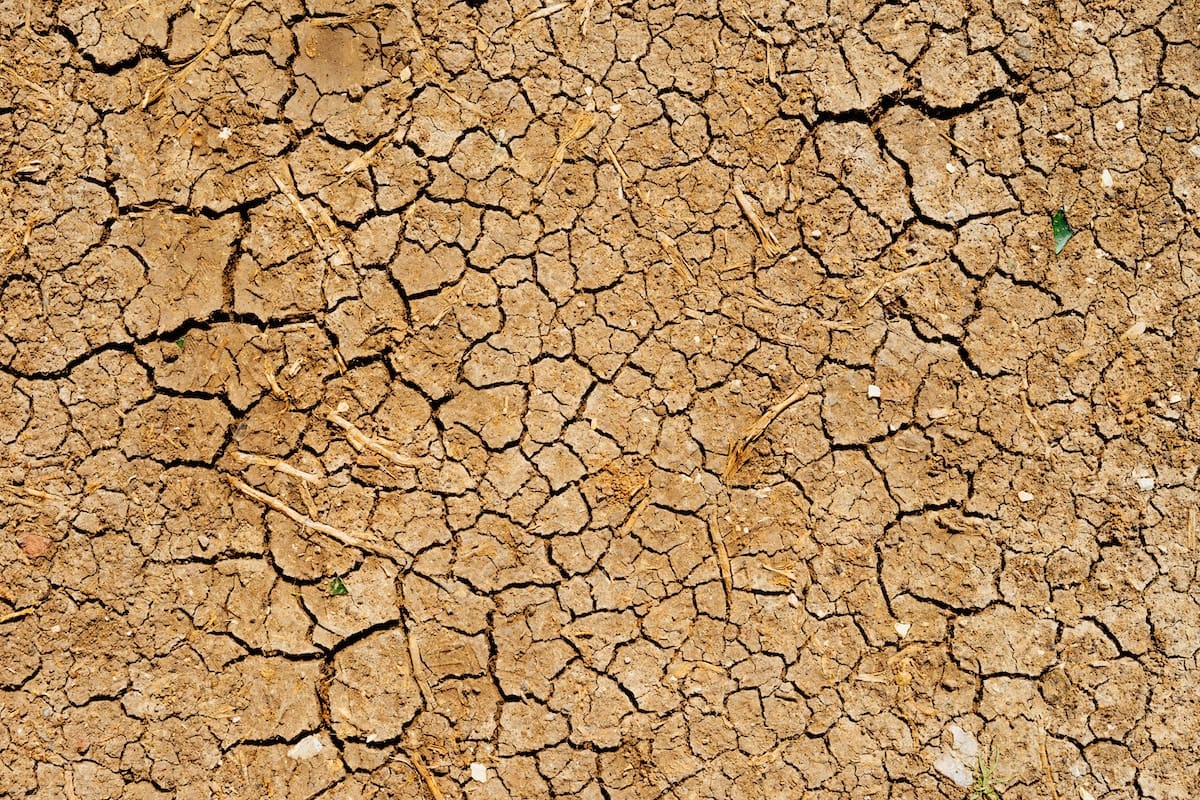 Are there any downsides to Solvify? Or any aspects you haven’t yet mastered?

We spent a lot of time making sure we overcame every downside we came across during the development process. However new problems might arise when the product is tested in drastically different conditions across the country. This is why we are still trying to determine any such shortcomings and are calling our current product a prototype. We plan on collecting more data before a launch and making our product as perfect as possible. 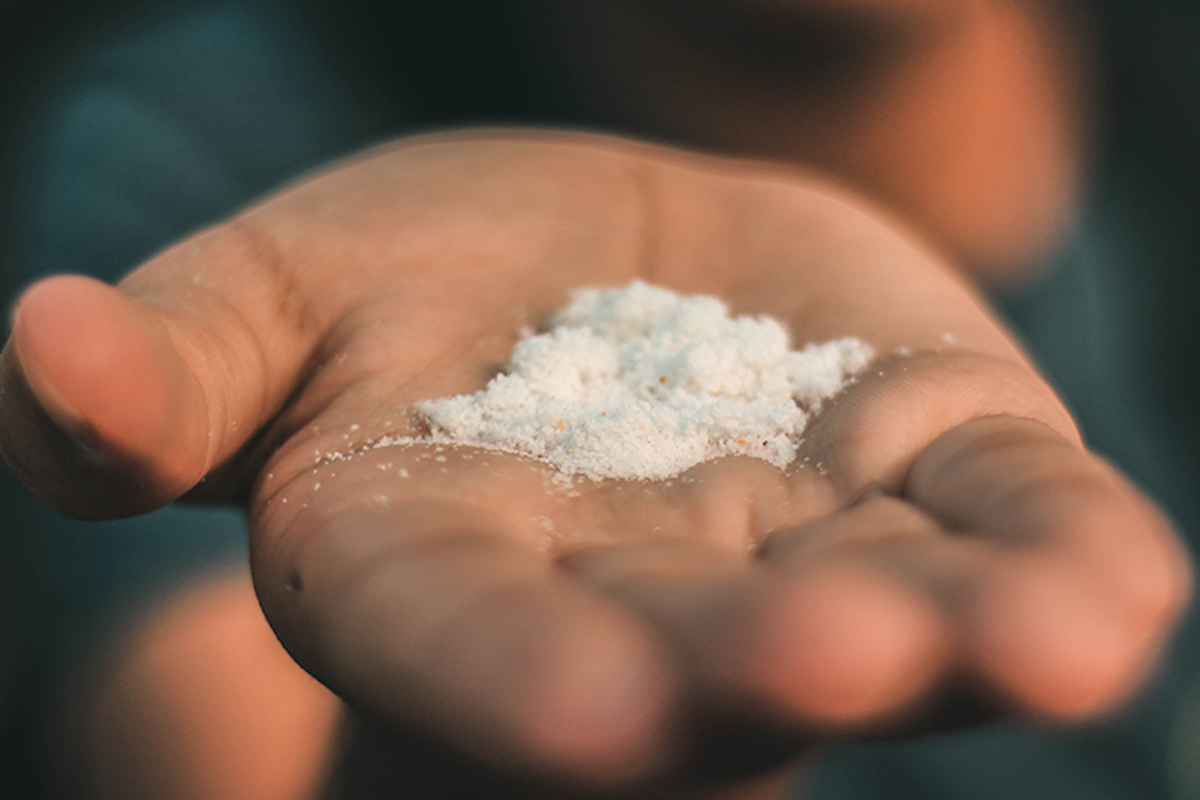 Solvify is made from recycled polymer waste which has the potential to prevent millions of tons of waste from landing in our oceans. How do you gather the source materials?

Any type of natural waste with suitable polymer can be used as a raw material to develop Solvify. We also need some synthetic chemicals to carry out the manufacturing process, but at the end, the waste being used is saved from getting into the landfills and oceans. 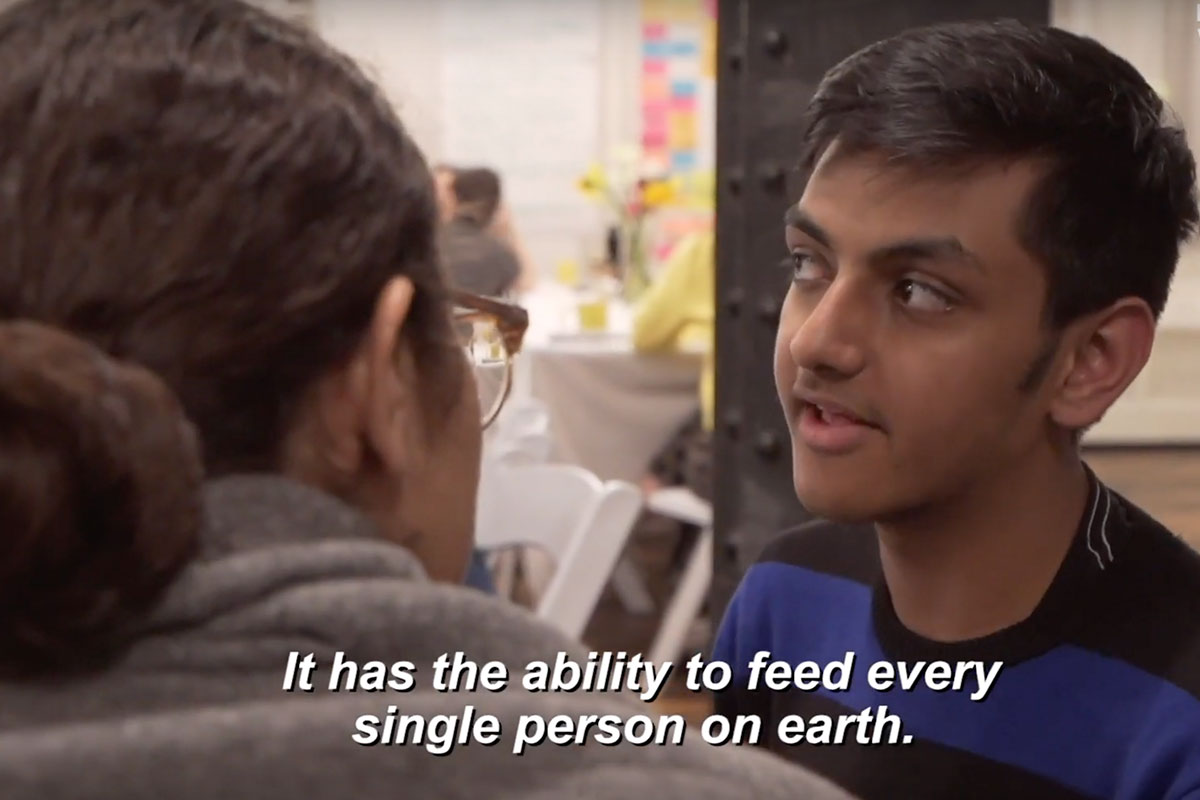 What do you see as the future of our food supply chain?

We need to understand that the main issue with hunger around the world is not shortage of food around the world, but shortage of food in the areas where food insecurity exists. We need to empower every nation around the globe to grow their own food and as long as we do not accomplish that, food insecurity will remain an issue. With the changes caused by global warming, I believe more people need to step up with innovative solutions to empower LDCs (Least Developed Countries) to become climate resistant in terms of agriculture and growing their own food. 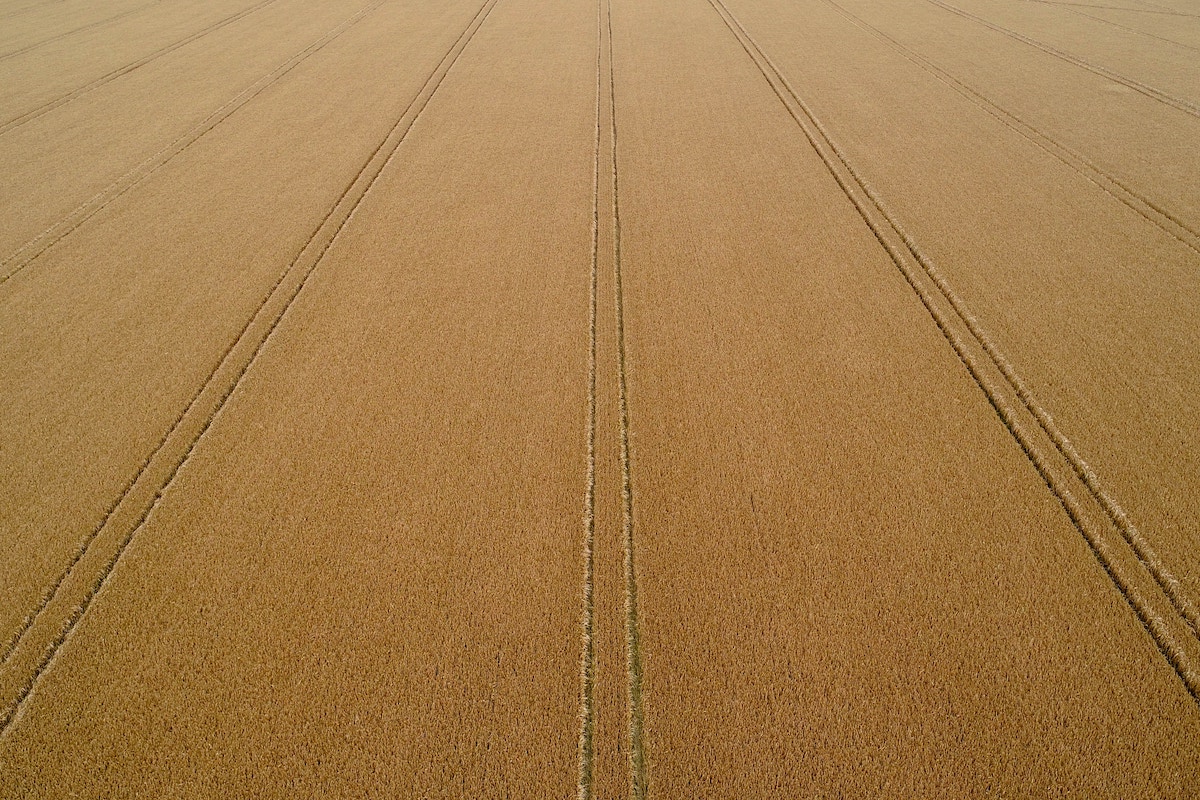 Are you developing other products at this time?

There are certainly other projects planned in the pipeline, but being full-time students makes things hectic and the processes tend to slow down. We are keeping most of our focus on Solvify right now. 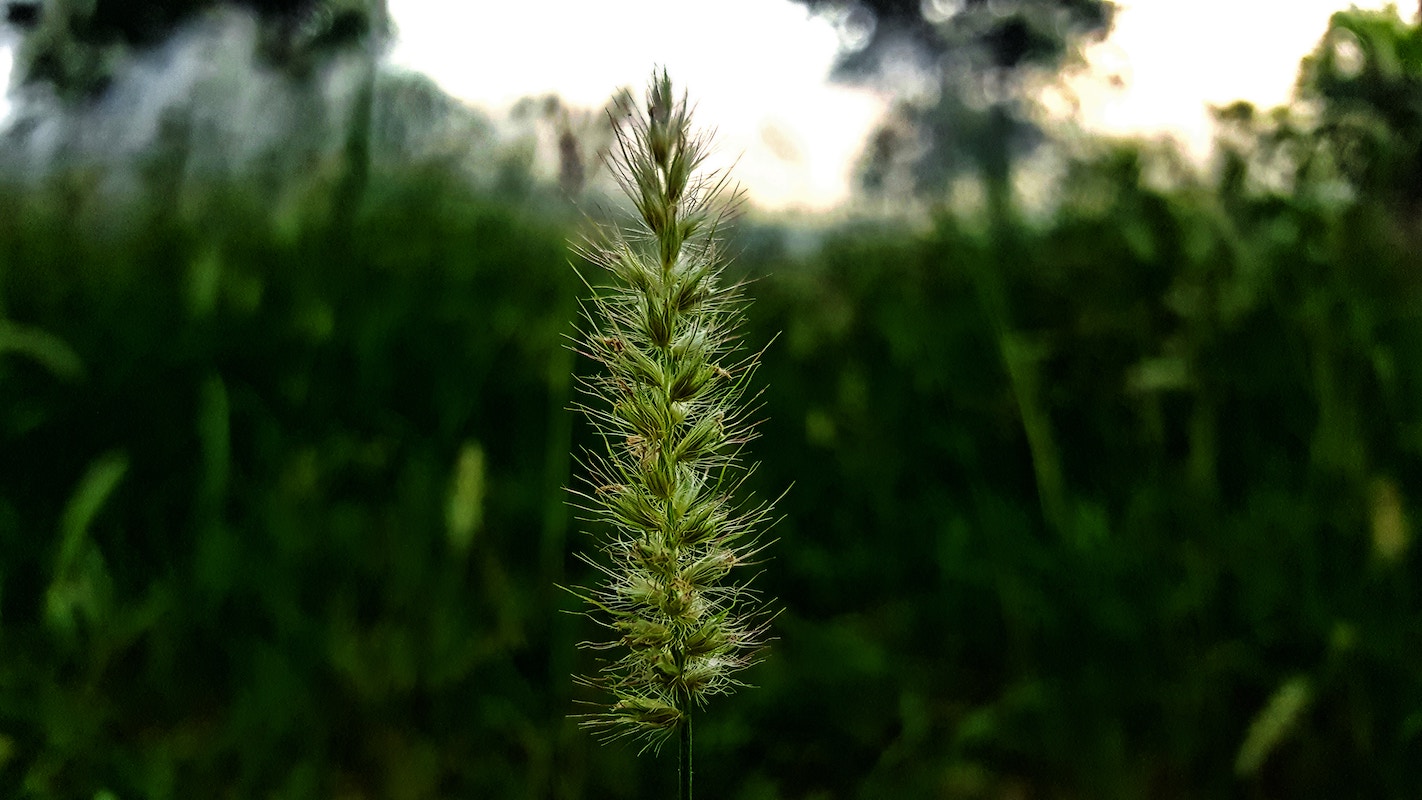 Do you feel optimistic about a healthy future for our planet?

I do. I think humans have come a long way so far and I have faith that we will fix this mess we have made of our planet. We can already see people making solid efforts with technology to reverse the damage done. We will manage to fix our planet. It might take decades, but we will get there. 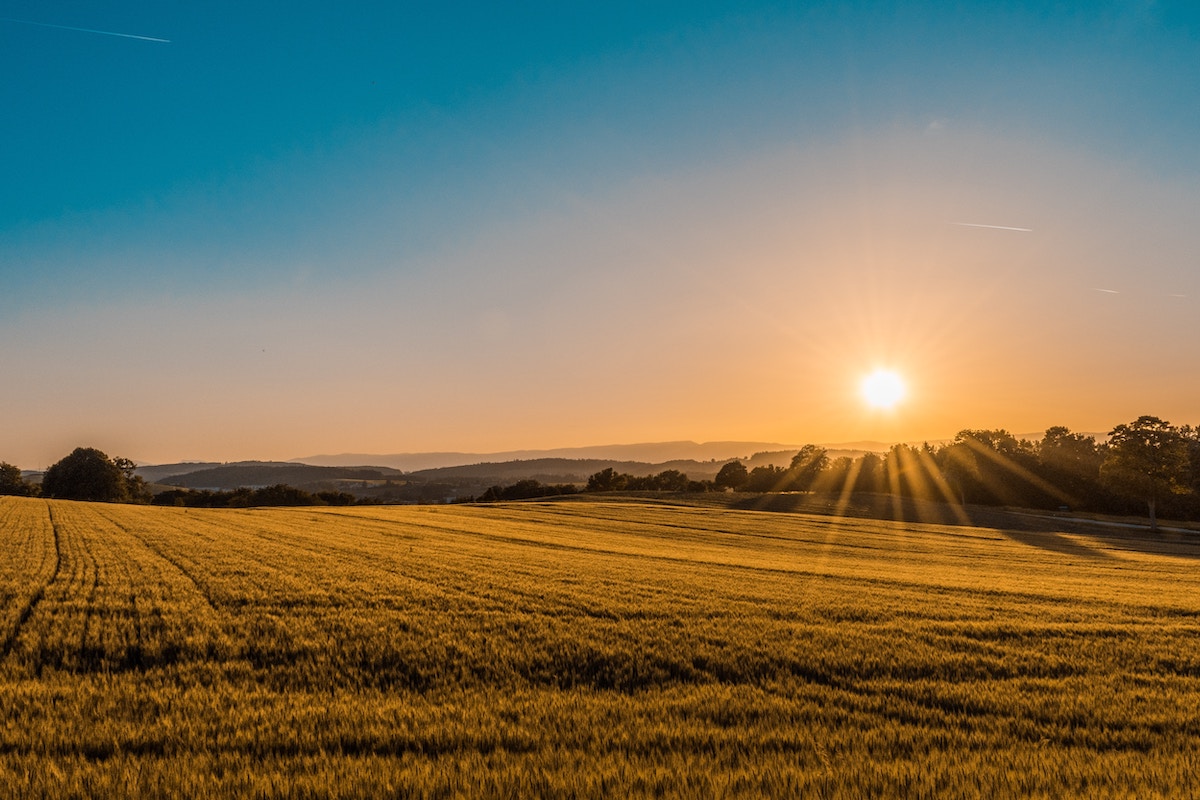 Any advice for other teens with big ideas?

Start making it real. Ideas will not matter until you can make them tangible. Our startup culture is gaining momentum and I think this is a great time to get involved with like-minded people and to turn your ideas into solutions and products. There are people out there willing to work with teens, empowering them with their networks and technical expertise. Just set your mind to it and start working.