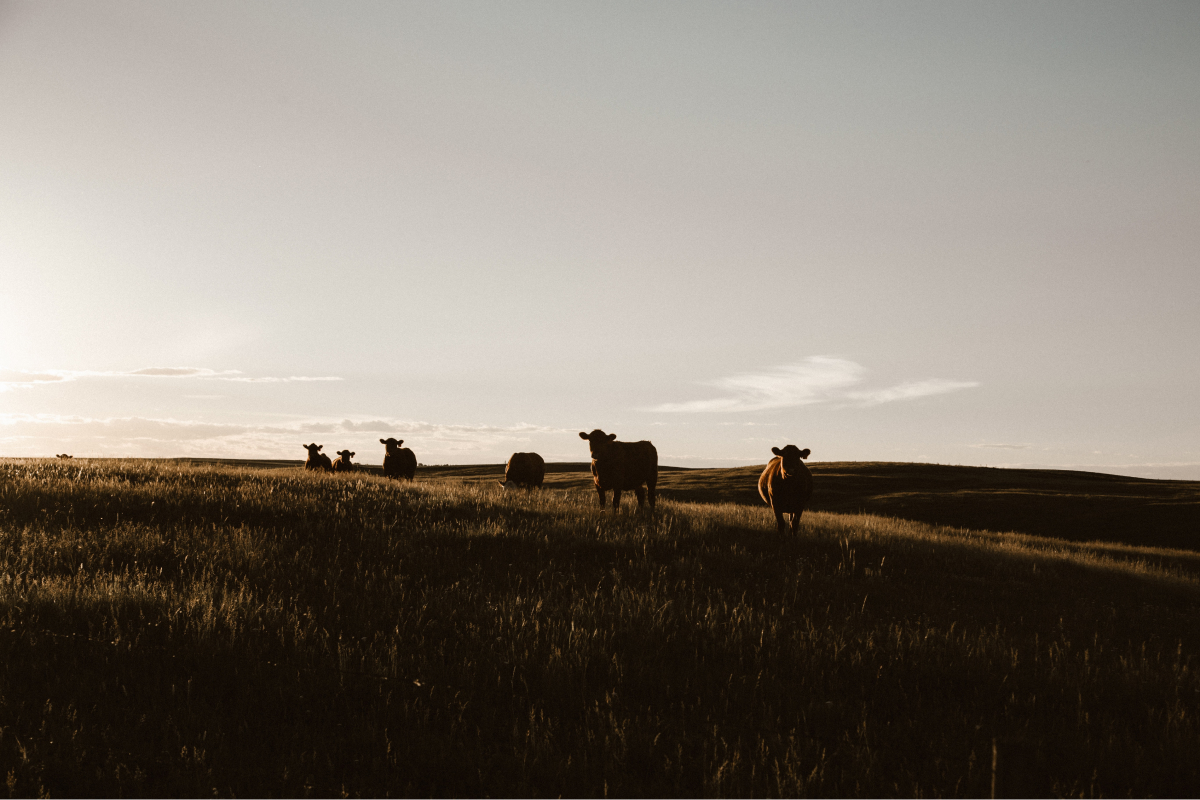 Paul Shapiro founded The Better Meat Co. to change the way we think about consuming animals. His main goal is to reduce our footprint left on the planet through our diet, or food-print, by making meat more humane and sustainable.

The Better Meat Co. is paving the way to a new future of clean meat that is focused on protecting the planet and improving human health.

Paul Shapiro founded The Better Meat Co. to change the way we think about consuming animals. His main goal is to reduce our footprint left on the planet through our diet, or food-print, by making meat more humane and sustainable.

Unlike many plant-based meat alternatives on the market, The Better Meat Co. blends real meat, grown from animal cells instead of animal slaughter, with plant fibers. Clean meat is an innovative technology that produces meat in a more efficient way, while using far less planetary resources.

The Better Meat Co. is paving the way to a new future of clean meat that is focused on protecting the planet and improving human health. 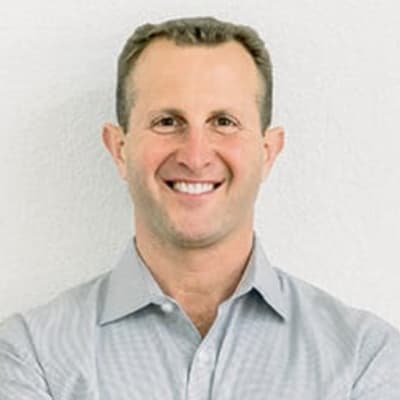 In the age of Covid-19, people have started to realize 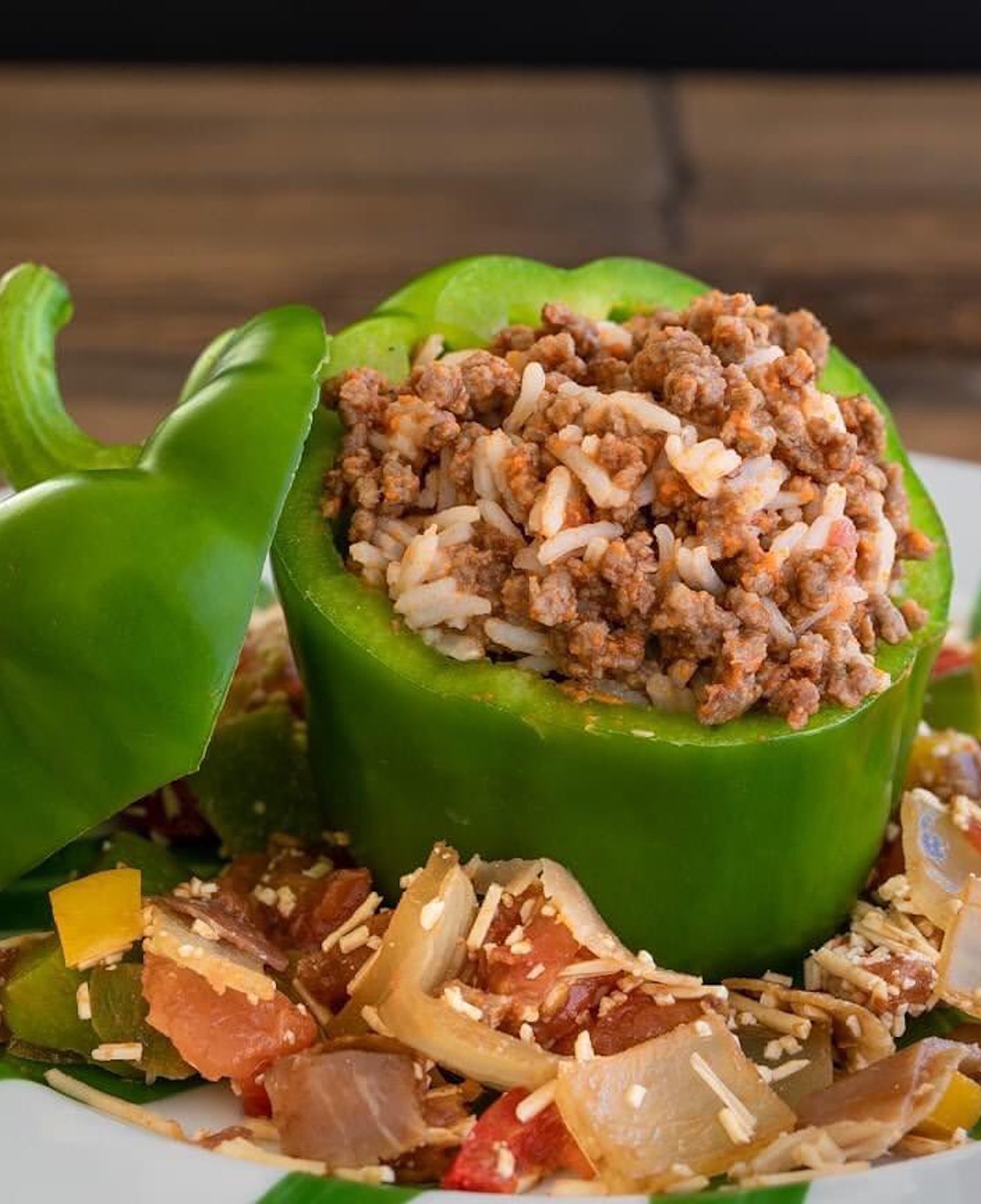 that raising animals for slaughter at the rate we do now is not sustainable for human or planetary health in the long term. Despite the fact that people know plant-based alternatives are healthier, their behavior hasn’t changed. That’s where Paul Shapiro and The Better Meat Co. come in. If healthier, more sustainable, and better tasting meat alternatives are available, then the decision to buy plant-based will be easier for consumers to make. The Better Meat Co. offers various formulas of plant-based proteins, fibers, fats and flavors that are blended with pork, beef and fish cells to create new variations of cleaner meat.

Tell us about your journey to starting The Better Meat Co.

I’m far from the only one with this concern, but for decades I’ve been concerned that the planet isn’t getting any bigger, yet humanity’s footprint on the planet continues getting much bigger with each passing year. A principal way we leave that footprint is through our food-print, primarily in how much meat we eat. But what if we could produce meat in vastly more efficient and humane ways?

I’ve long been a supporter of the cultivated meat movement that’s growing real meat from animal cells, and in fact I wrote a book about that topic entitled Clean Meat. I’m also a big fan of plant-based meat and its potential, yet it’s still far less than one percent of the total meat market. But even the most optimistic scenarios project that conventional animal-based meat will dominate the meat market for decades to come.

As a result, I thought there had to be a near-term way to help reduce the impact of the meat industry, and offering a technology to meat companies to hybridize their products seemed like a natural fit. The Better Meat Co.’s entire goal is to help improve food sustainability by working with the biggest protein companies to lighten their footprint. 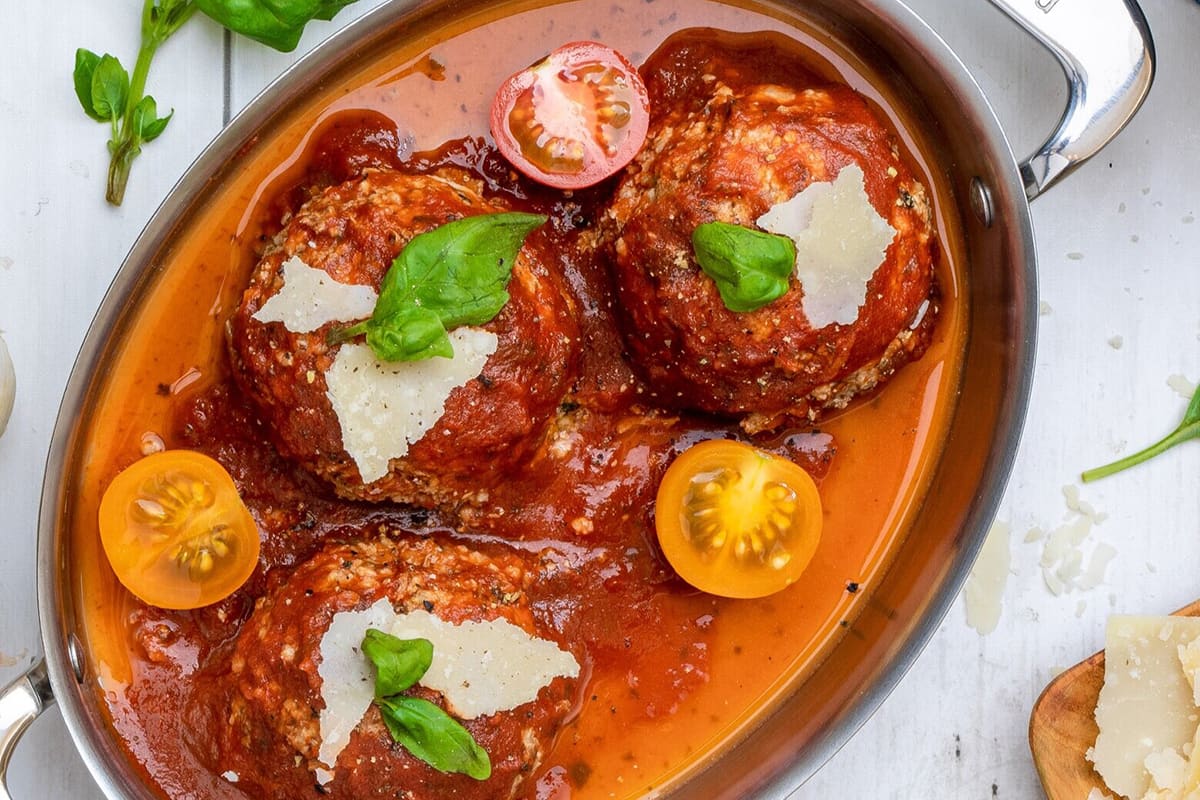 Why is it so important to you to look for meat alternatives for human and planetary health?

Most people are aware that it just takes a lot more resources—land, water, emissions and more—to produce animal protein compared to plant protein. Factory farming is also a major animal welfare concern. Yet per-person meat consumption just keeps rising, both in the U.S. and around the world. Facts alone haven’t really changed our behavior. We need to make it easy and delicious for consumers to make better choices, and that’s exactly what the alt-meat movement is seeking to do. 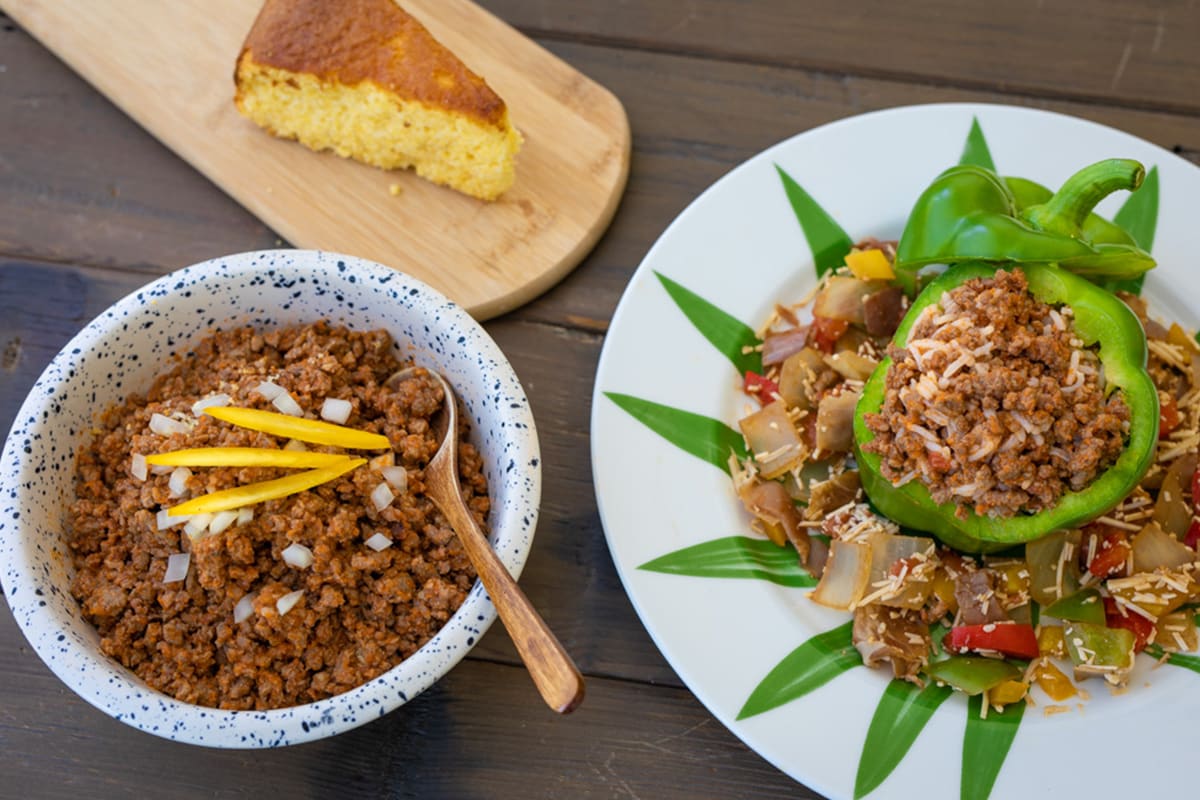 Why are plant-based alternatives better than animal meat?

Raising billions of animals for food is a leading cause of climate change, deforestation, wildlife extinction, antibiotic resistance, animal cruelty, public health concerns and more. While many kind and thoughtful people are familiar with these facts, meat consumption has never been higher.

Plant-based alternatives offer a way for consumers to enjoy the tastes of the foods most humans seem to crave without causing so many problems in the process. For example, plant-based alternatives use a tiny fraction of the resources needed to produce animal protein, cause far less animal abuse, have zero cholesterol, and don’t contribute to antibiotic resistance. 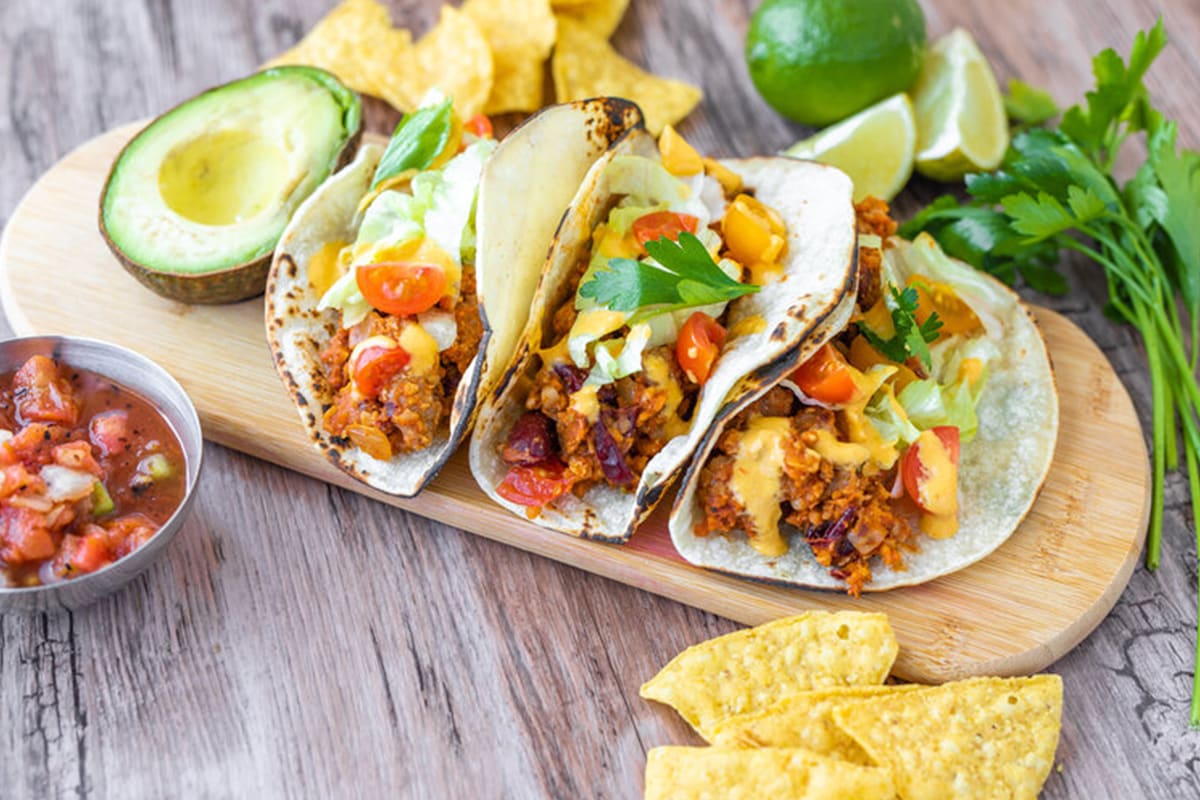 When do you think the market will have clean meat readily available and do you think meat eaters will want it?

Clean meat, also known as cultivated or cultured meat, is real meat. It’s not an alternative or substitute to meat; it’s real meat simply grown from animal cells as opposed to animal slaughter. Five years ago there were zero companies making such meat while today there are close to 50, many of them backed by major ag players like Tyson and Cargill.

While no clean meat has yet been commercialized, it’s expected that it will start being sold in limited quantities within the next year or two. It turns out that what you call the food really has an impact on how many people will want to eat it, but numerous studies show that a lot of meat-eaters would be quite happy to eat real meat that’s been divorced from animal slaughter. Most people today eat meat not because animals were slaughtered for it, but often really in spite of that fact. 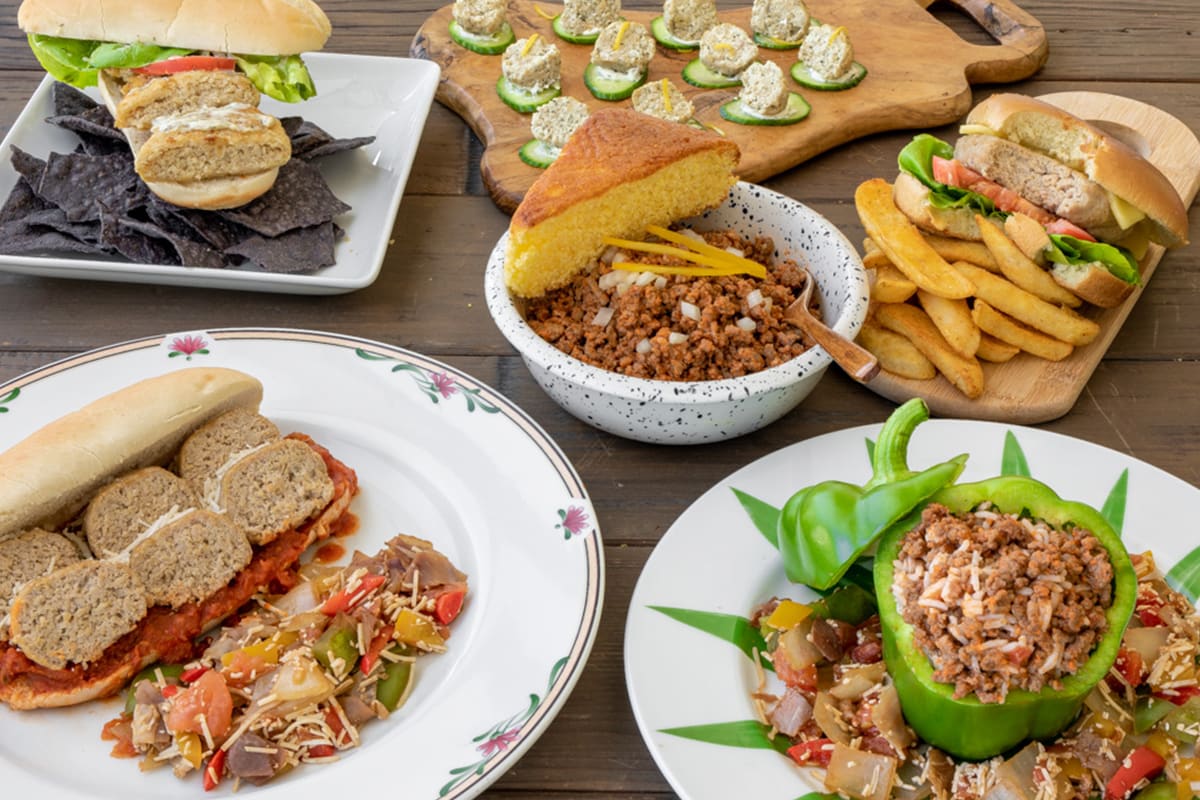 What are some of the marketing challenges that come with meat alternatives that are grown in a lab?

One of the challenges is the notion that such food is grown in a lab! 🙂 Most foods these days start in the R&D labs of food companies, but once ready for commercialization, they’re produced in factories, not labs. In the case of clean meat, it will be produced in large breweries comparable to how beer and wine are produced today. But instead of brewing yeast, the cultivators will be brewing animal cells. 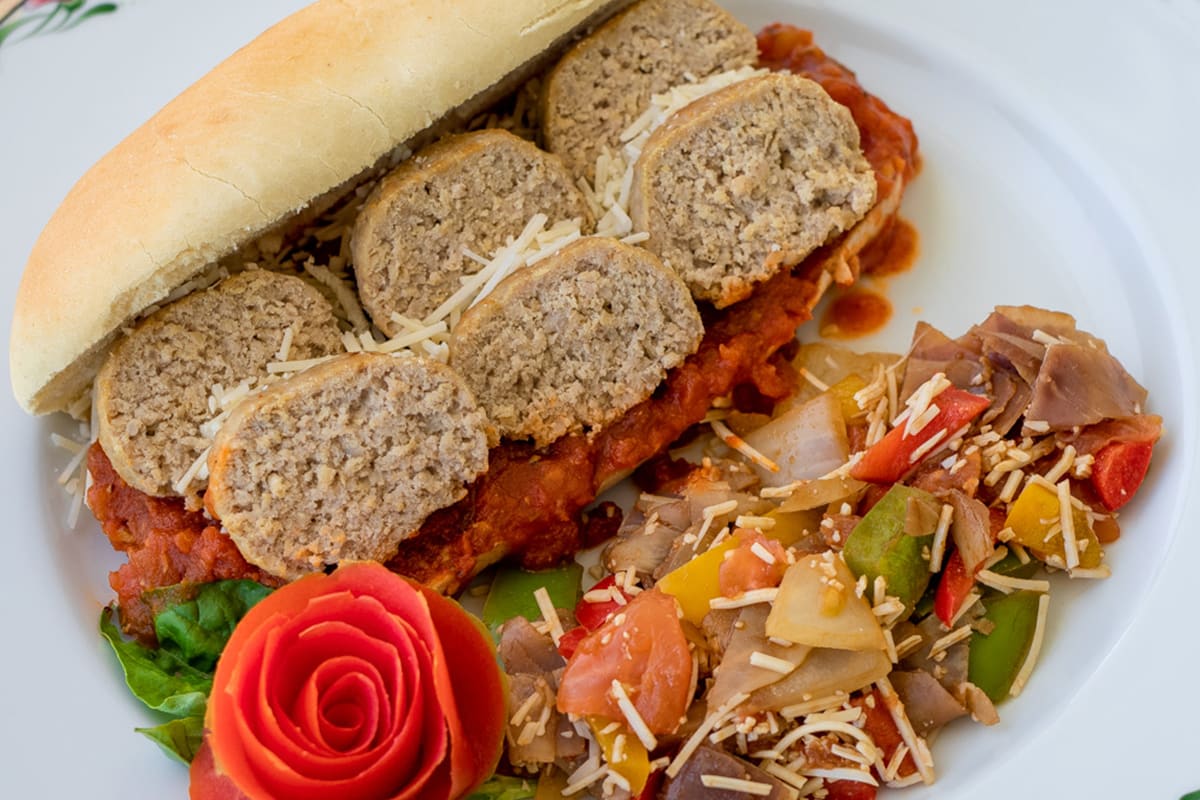 What is your theory of change with meat blending and why do you predict that by 2029 animal meat will still comprise 90% of the meat market?

In an aggressive prediction, Barclays projects that by 2029, the alt-meat market will be 10 percent of the meat market. Keep in mind that right now it’s less than 1 percent, so that would be a big advancement to go all the way to 10 percent. But because we’re going to have conventional factory farm meat being the dominant player for a long time to come, it’s imperative to hybridize animal meat to reduce its footprint. 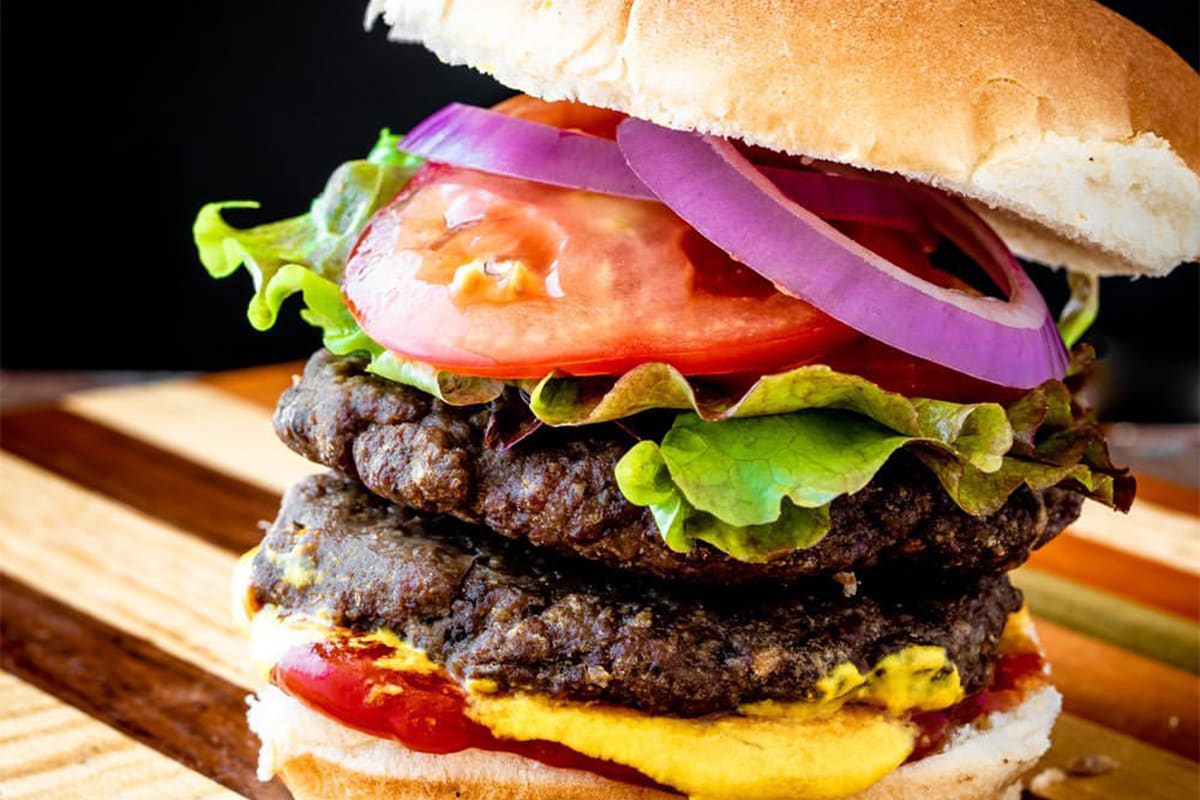 What are the different enhancers from pork to beef to fish and how are each formulated?

The Better Meat Co. offers innovative formulas comprised of plant-based proteins, fibers, fats and flavors that seamlessly blend directly into animal meat. Each formula mimics the taste and texture of the meat it’s blending into, and helps producers improve yield while enhancing the nutritional value and sustainability of the finished good. 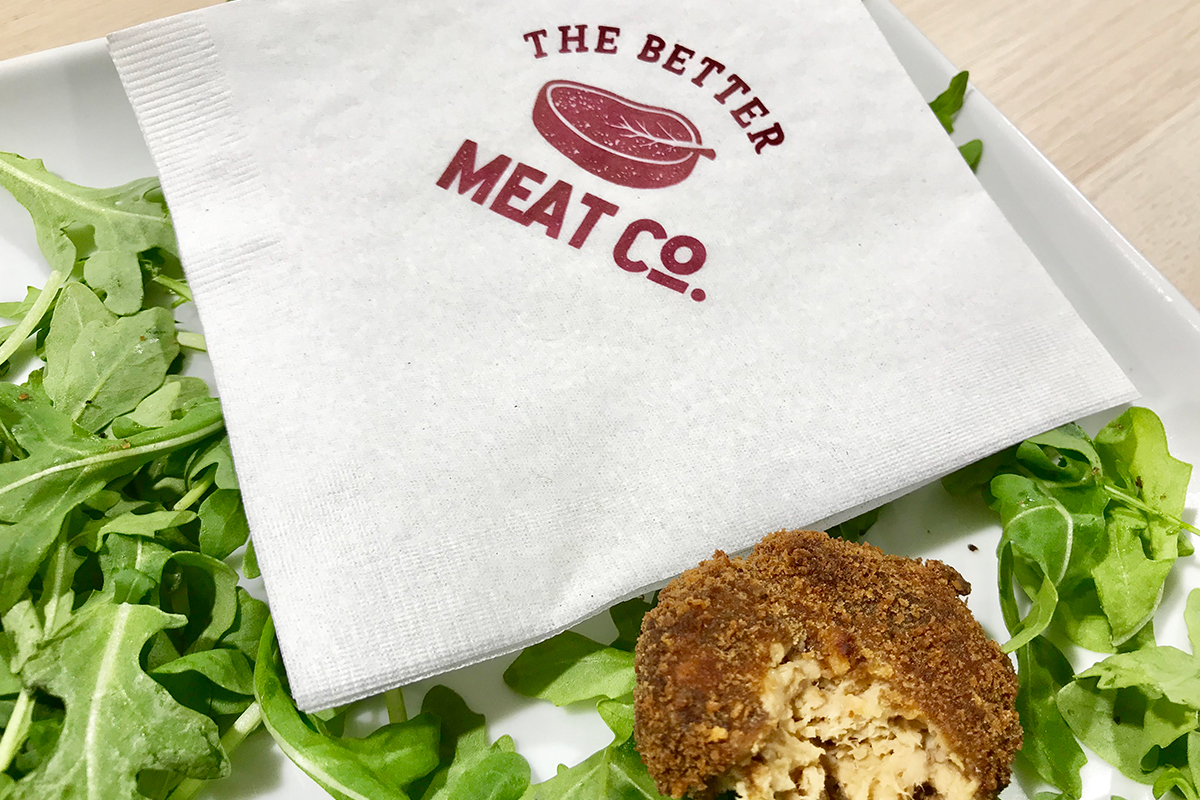 What’s the biggest hurdle for companies to be onboarded to the Better Meat Co.?

It takes time for big food companies to reformulate their products, and that means we have long lead times to go from introduction to commercialization of the blended items. 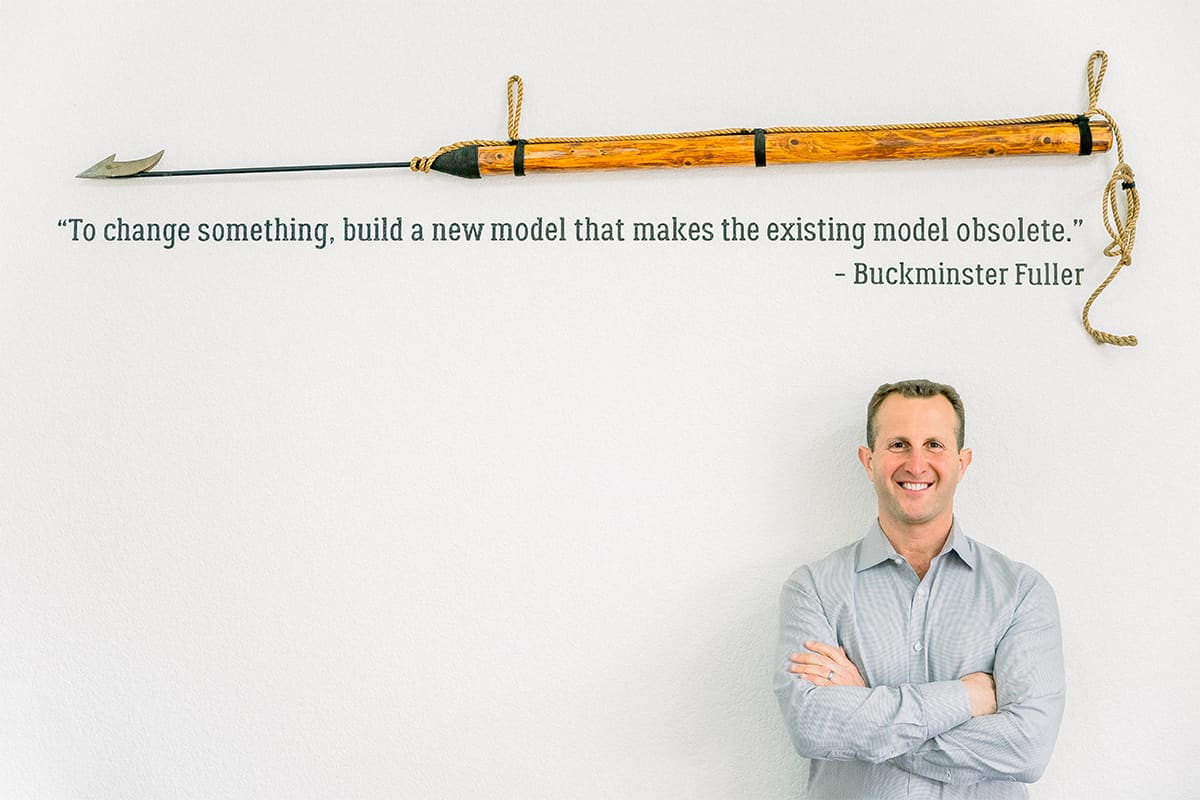 You’ve been an entrepreneur for many years. What characteristics do you see as vital for being a successful entrepreneur?

I don’t know that I have anything unique to offer folks interested in entrepreneurship. I can say, though, that what’s been helpful to me is the recognition that what often seems impossible to many people sometimes ends up being accomplished by a small group of relentless pioneers who refuse to give up. Whether it’s the grandiose, like ending South African apartheid or the smaller scale, like running a marathon—those who are successful are usually the ones who believe the impossible will ultimately become inevitable.

Starting your own organization or company is hard to do and is fraught with peril. Chances of failure are high. But as Gandhi noted, “Strength does not come from physical capacity. It comes from an indomitable will….A small body of determined spirits fired by an unquenchable faith in their mission can alter the course of history.” 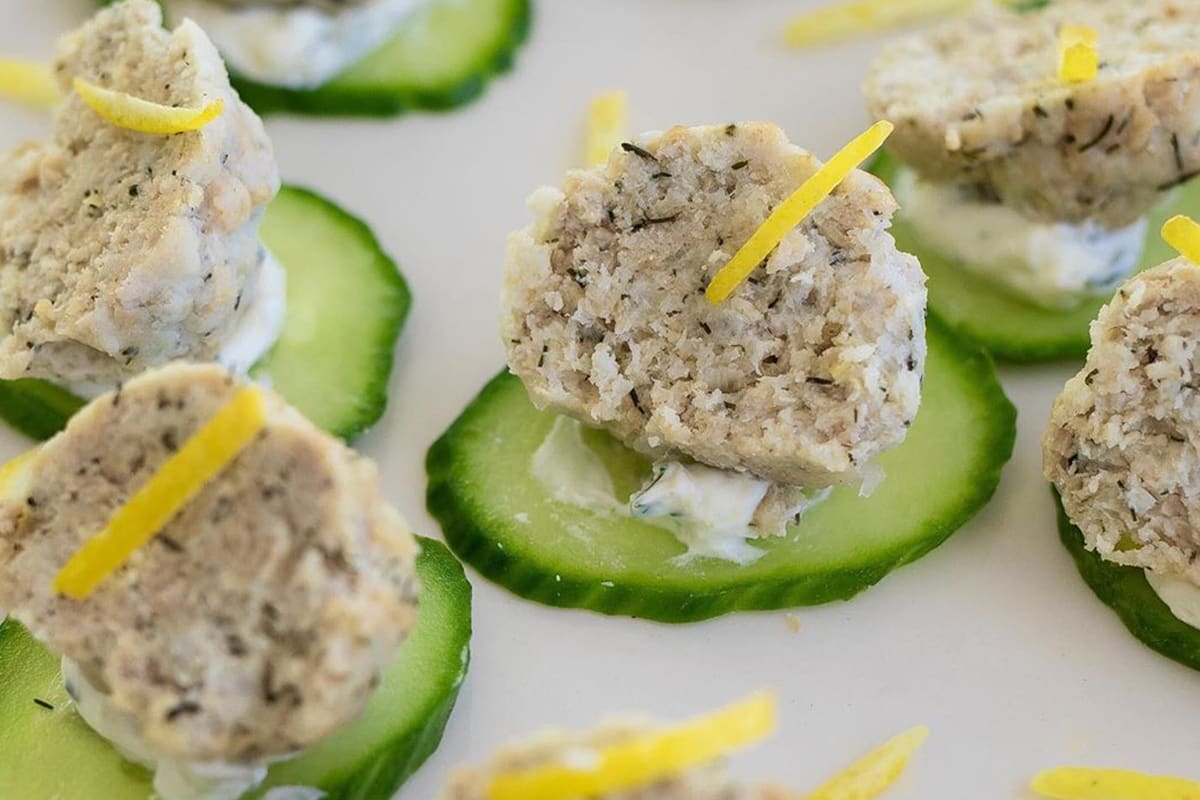 How do you think the pandemic has shifted people’s outlook on food, diet and animal-based pathogens?

Many people are coming to understand that the pandemic isn’t a natural disaster; it’s a human-made disaster caused by our reckless practices with regard to wildlife and the environment. Additionally, as I’ve written for Scientific American, raising billions of animals for food amplifies pandemic risk, further demonstrating that our abuse of animals is typically bad for both them and for us.

From Old Metal to Art