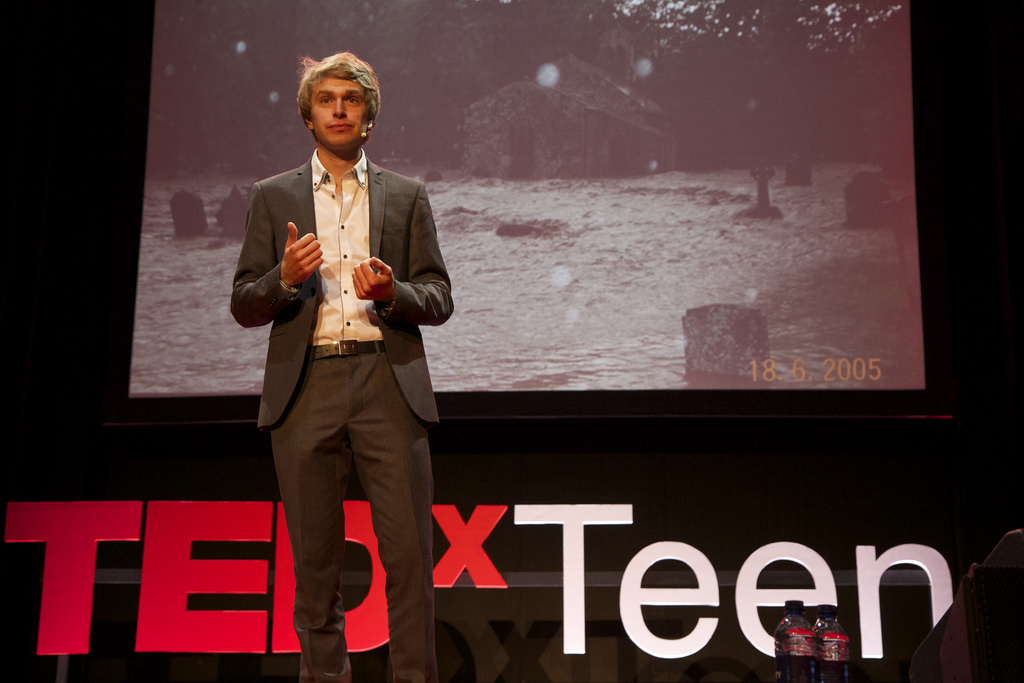 Do you care about climate change? I’m guessing you probably do due to the fact that you’re reading this article.

The scary truth however is that there aren’t many people like you and I out there.

So how do we get more people to care about climate change? You ask.

Well I don’t actually think we need to get more people to care about climate change in order to get behind low carbon solutions, let me explain.

What words do you think of when hear the words climate change?

I’ve asked this question to countless individuals and communities around the world and I get remarkably similar answers from people who know a lot to a little about climate change.

Over and over again certain “buzzwords” come up when we talk about climate change (ice, sea level rise, polar bear, carbon dioxide, warming, drought…and so on). The overwhelming majority of these words convey a very scientific understanding of climate change – not surprising as this is the dominant climate story that we have all told over the years. I too am guilty of this strong scientific narrative as I advocated for and then implemented the inclusion of climate science on the UK school curriculum back in 2005. My reasoning, surely if people understood more about this problem they would do something about it.

After my 11 year journey of activism the overwhelming majority of people now know about climate change but still too few people care.

I feel that this lack of care is because we’ve got the communication wrong by focusing too much on the science. When a lot of people now think about climate change they see this very scientific phenomenon and a problem which is so distant from their everyday live both in terms of space & time. It’s seen to be affecting the other side of the world but not them and the effects on somewhere like the US or Europe are seen to be way into the future.

Climate change is a much bigger issue than this story and in fact the ‘indirect’ impacts are very likely to outweigh the ‘direct’. By ‘indirect’ I’m talking the invisible economic, health, security, political impacts follow on from a direct impact like a flood or rising temperatures. You as a person already switched onto climate change probably already know these relatable and human stories of climate change but these views certainly aren’t mainstream.

The real side of climate change affects you, people like you and everyday decisions around the world. And you need to start talking about it like this.

We, both of us, have a duty to better communicate what climate change really means to people, starting with our friends and peers who seemingly don’t care. Climate change is still a relatively niche interest. Yes, it is slowly moving away from being a preserve just associated with left wing activists but it still isn’t an issue which attracts the numbers and variety of people it ought to. There is an urgent need to communicate climate change to a much broader demographic. So many of the pragmatic actions required to transition to a low carbon economy actually align with the core values and visions of groups and communities currently so disenfranchised with climate action.

In the past year we have seen signs of our world dividing and cracking apart. There is a growing mood of discontent which is rising from the losers of globalization. We can no longer ignore these groups and views as we previously have done. In circles like mine and yours I feel we tend to convince ourselves that we are right and that we are moving forward to progressive low carbon prosperity. And of course we are moving forward, at great speed, but my word of caution is that we must be mindful of the large groups of people we are leaving behind. I tend to use frames when talking to a new person about climate change, and a frame is basically a story. It breaks down the overwhelming issue of climate change into smaller parts, it brings out certain facts and emotions and neglects others. Don’t be scared if you don’t actually mention the words ‘climate change’ in your frame, in fact it’s better to avoid the term all together with a lot of people.

In order to better communicate climate change, you need to first listen.Listen to what they care about, what they want to achieve, what is precious to them and find out how climate change will affect that – as I guarantee it will in some way.

Know your audience – choose your frame.

A frame needs to be unique to your audience but a few general frames for effective conversation starters could be; talking about how climate change is already affecting day-to-day routines such as destabilizing the production of cereal crops and impacting prices, or perhaps how it makes complete business sense to reduce waste as you can make cost as well as carbon savings.

Make it as specific as possible. There is a frame for most people.

Why should a New York banker care about climate change? We could talk about increasingly risky fossil fuel investments (stranded assets and the carbon bubble) in the financial markets and also the new opportunities from green bonds and financing transformative low carbon projects.

Why should a Trump supporter from Texas care? We could start by breaking down what issues they care about. Do they see that a once prosperous state is now in decline? If so we could talk about how a pioneering oil state now needs to look forward to the next energy revolution – and show examples of how other oil rich states are already responding and profiting. Likewise we could talk about the potential and investment opportunities for solar in Texas and how new skilled job markets can be created. Association with the ideals of a protectionist government? We could discuss how a lot of trading partners and competitors now acknowledge a social price of carbon and how China is capitalizing on these new markets. Security concerns and global instability? We could discuss the links the US military has reported between climate change and conflict, and how that will impact US foreign policy and ultimately the deployment of troops. A broad range of ideas which each merit an in-depth debate but remember it’s all about choosing the right idea and facts to communicate to people as you often only need one, albeit a good one, not a barrage of them to get people on side.